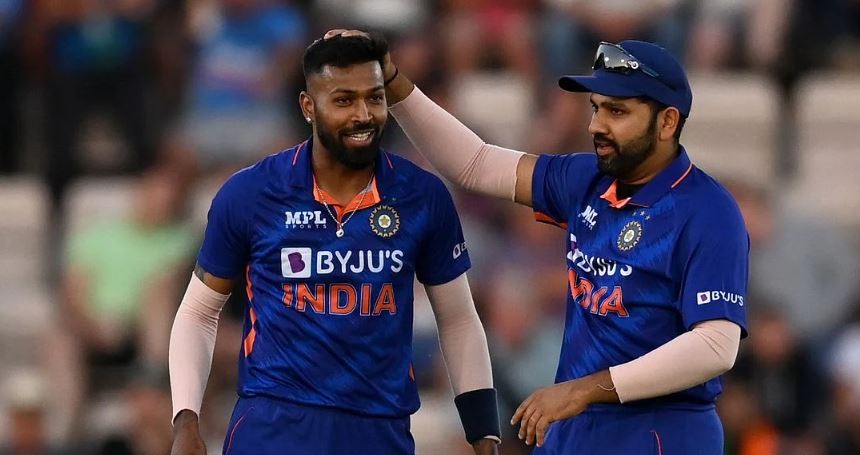 A viral tweet purportedly from the Board of Control for Cricket in India has gone viral on social media, claiming that Indian captain Rohit Sharma has handed over the Twenty20 International captaincy to Hardik Pandya.

Indian allrounder Hardik Pandya has been in red-hot form since leading Gujarat Titans to the IPL crown. Following the successful IPL run, Panday had said that his next goal was “to win the World Cup for India no matter what happens”. Meanwhile, a tweet purportedly by the Board of Control for Cricket in India claimed that Indian skipper Rohit Sharma has handed over the Twenty20 International captaincy to Pandya.

“This decision has been taken in the best interest of Indian Cricket going forward. He will continue to lead the side in ODI & Tests,” the tweet further said.

We started by running multiple keyword combinations on Google to retrieve any authentic information about this. However, there was nothing to be found despite repeated tries. There was no announcement on the official website of the BCCI either.

We couldn’t find any information on Sharma stepping down on the Twitter accounts of BCCI secretary Jay Shah and president Sourav Ganguly either. It is highly unlikely for a development like this to not be announced on the official social media accounts of the cricket body or its office bearers.

We checked the viral tweet next. While the display name of the unverified page read “BCCI”, the handle name was “@_BCCII”. It had a total of 1,315 followers at the time of filing this story.

The BCCI’s official handle, on the other hand, is verified and has over 18.3 million followers. We confirmed that the Twitter handle of this account is “@BCCI”.We also found that the bio of the account that had shared the viral tweet read: “Official Twitter Handle of Team India (Parody)”.

Meanwhile, we found news reports that suggested Pandya is in contention to be named Sharma’s deputy for the T20 World Cup. Leading outlets reportser media  Sharma will remain the Indian captain for the World Cup. India Today’s sports desk was also able to confirm that there has been no official announcement from the BCCI on a captaincy change.

Thus, it is clear that the tweet claiming Rohit Sharma has stepped down as the T20I captain of India for Hardik Pandya is not from an official source — rather, it’s from a parody account.