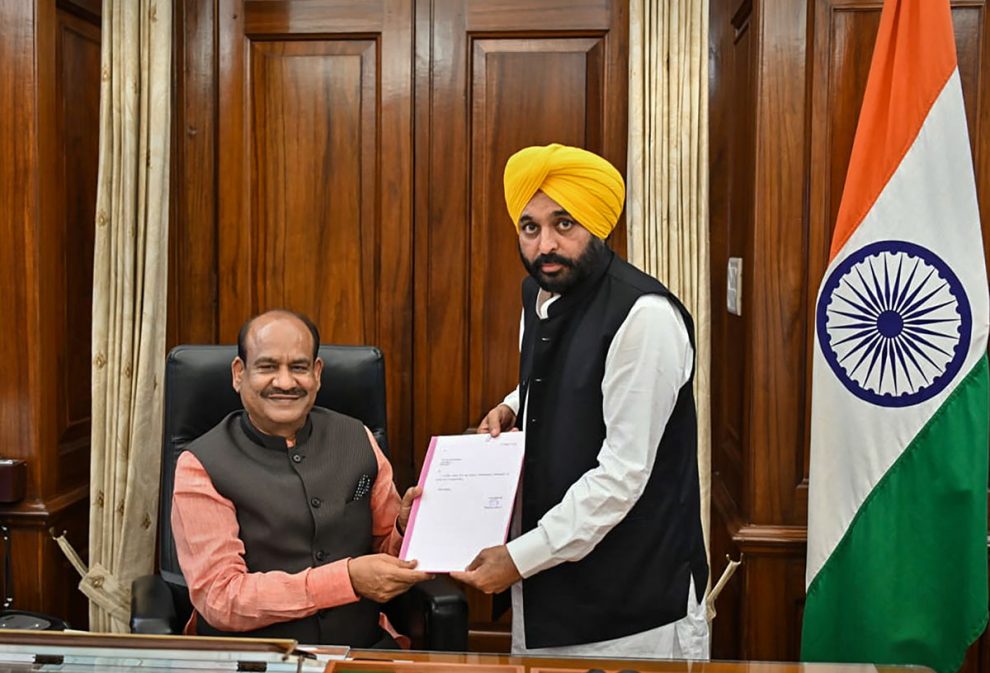 On July 11, Aam Aadmi Party leader Raghav Chadha was appointed chairman of a Punjab government temporary advisory panel. Amid criticism of the appointment many called  a “news report” has gone viral with questionable claims.

A allegedly published by Punjabi news outlet states that Mann approached the party’s high command for a three-month leave following his recent wedding. The screengrab further claimed that in the meantime, Chadha might handle the state’s affairs.

AFWA’s investigation found that the Daily Post Punjab screenshot was digitally manipulated. The news report does not exist and Mann never requested any such leave.The Punjab CM married Dr Gurpreet Kaur on July 7 at his official residence in Chandigarh. The ceremony was attended by close friends and family and even Delhi CM Arvind Kejriwal.

While investigating the claim, we first searched for news reports about Mann’s holiday request. We did not find any credible media reports that substantiated this claim.Further, we found a  calling the viral screengrab “fake.” The outlet claimed that its logo was used to give credence to misinformation.