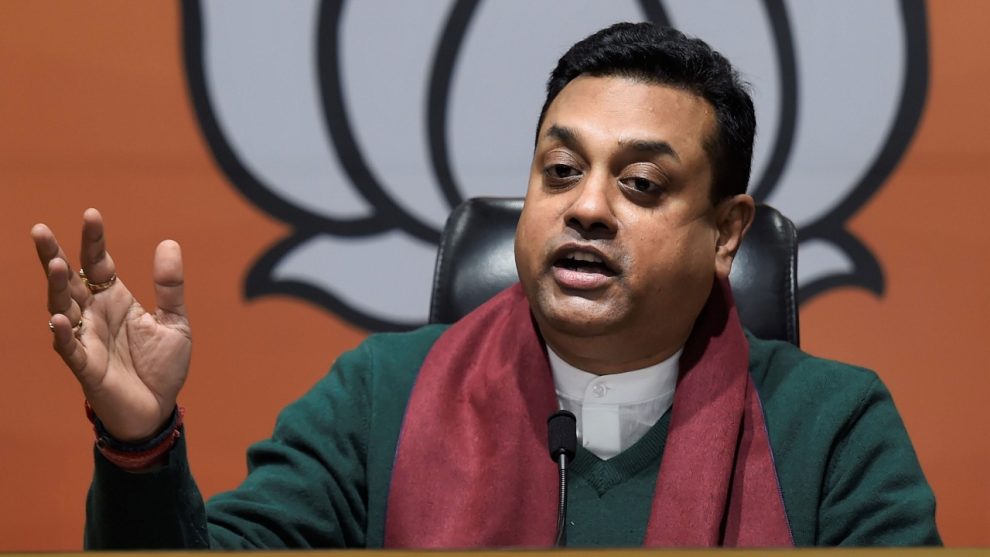 Following yet —another  hike in liquefieds petroleum gas prices  the third one in two months — the Centre has come under sharp criticism. Amid this, social media was flooded with posts about a supposed comment made by Bharatiya Janata Party spokesperson Sambit Patra.while sharing a screengrab from what appears to be a TV news broadcast. In it, a quote attributed to Patra reads, “Only gas has gotten more expensive, not the cylinders themselves.

We first looked for media reports on the supposed comments Patra made. We, however, found nothing. A comment like that made by a veteran BJP leader of Patra’s stature would definitely have gotten media coverage.Per the report, it was from a press conference at the BJP headquarters in New Delhi where Patra made controversial comments on former All India Majlis-e-Ittehadul Muslimeen (AIMIM) MLA Waris Pathan and Amulya Leona, a student activist who shouted “Pakistan Zindabad” at a rally in Bengaluru.

The screengrab in the viral post was taken at the 5.04-minute mark in the video. What is interesting is that in the viral post, Patra’s name has been spelt wrong. The post attributes the quote to “Sandeep Patra”. The text also appears shoddily added, indicating that it was not an actual TV screengrab.Hence, we concluded that the claim was false. BJP national spokesperson Sambit Patra did not mock LPG price hikes as stated in the viral posts.