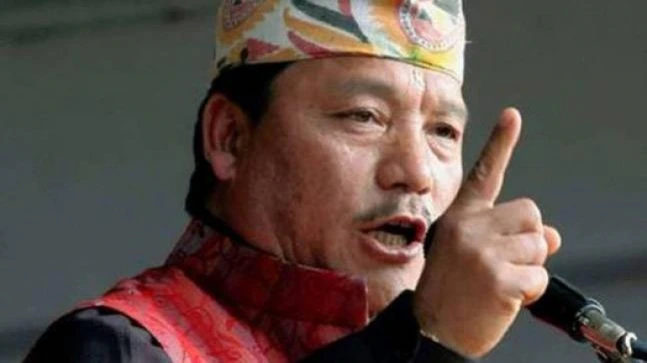 A photo has been widely shared on social media with the claim that it shows Supreme court judges Surya Kant and JB Pardiwala sitting at a table with prominent Left leaders and media barons.

Justices Kant and Pardiwala were part of the Vacation Bench of the apex court that refused a plea by former Bharatiya Janata Party spokesperson Nupur Sharma to club several cases against her over her controversial remarks on the Prophet Mohammed. They also made scathing observations against Sharma.

AFWA’s investigation found that the claim was misleading. Justices Surya Kant and JB Pardiwala are not present in the photo at all.

N Ram, the director of The Hindu Publishing Group shared a screenshot of one of such posts clarifying that the two people being identified as the judges were Tamil Nadu’s Finance Minister P Thiaga Rajan and himself. He also said that the photo was taken during lunch at a restaurant near Ooty. He said, “The calibre of your disinformation is pathetic, beneath contempt.”

With the help of a reverse image search, we found the same image shared by the Twitter account of the brand MindEscapes. Per this July 3 tweet, the people in the photo apart from Thiagarajan and N Ram are Mariam Ram, NDTV’s Dr Prannoy Roy and Radhika Roy, CPI (M) leaders Brinda Karat and Prakash Karat, and the founder of MindEscapes, Dipali Sikand.

The same photo was also shared by Dipali Sikand on her LinkedIn with the caption “Great Minds Meet at @MindEscapes this afternoon Dr Thiagarajan, Mrs and Mr Prannoy Roy, Mrs and Mr N Ram, Mrs and Mr P Karat”.

We compared the photos of justices Kant and Pardiwala with the photo and noted no similarities. It is hence clear that the Supreme Court judges were not present in the viral photo and the claim is false.