Fact Check: No, Biden did not tie the medal backward on a Vietnam War veteran - Govt.in - Telling the truth- always! 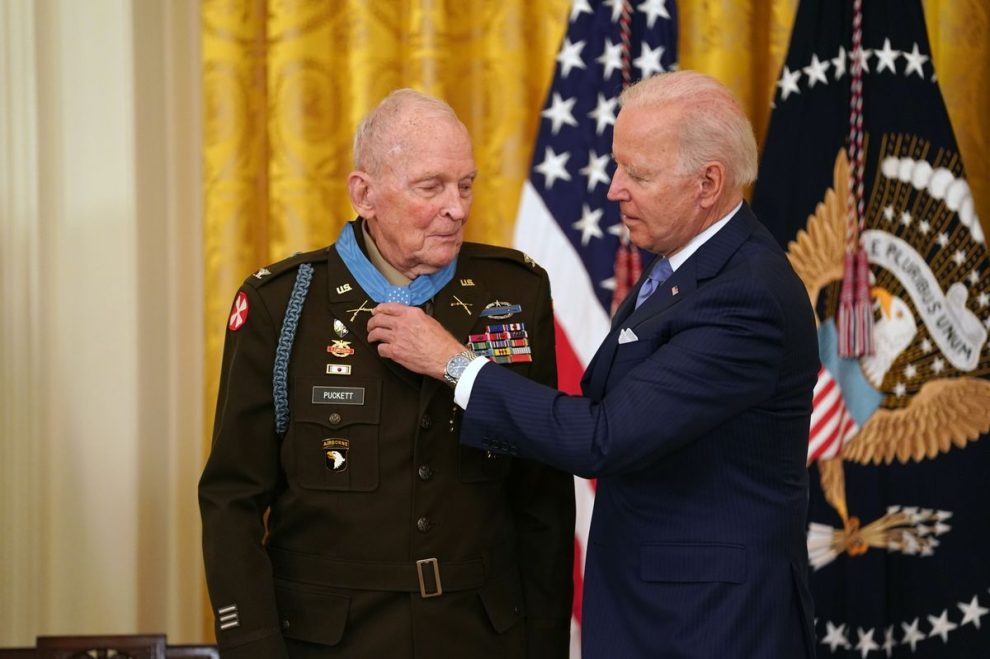 In the 19-second-long indistinct clip, applause can be heard in the background as Biden felicitates an old man. When we reverse-searched the keyframes of the video, we found a report that included the same footage. The 42-minute long video was posted by the news channel “13News Now”.

The video was titled, “Four Army veterans who fought in Vietnam receive Medal of Honor from President Joe Biden.” In the video, the shot showing Biden placing the medal on the veteran was there around the 29-minute mark.

We also found a July 5 CNN report that contained a photo that was from the scene in the viral clip. The veteran seen in the video was Dwight Bridwell. In this photo, we saw that Biden did not tie the medal backwards. This photo can be seen below.

Similar images have been reported by many media outlets as well. They can be seen here and here.Thus, it is clear that Biden did not tie the medal backwards. The social media posts claiming so are false.

Fact Check: Not ‘Muslim scholar’, this provocative speech was made by a Hindu preacher
Tomato fever is misleading name for Hand, Foot and Mouth Disease, say doctors