Fact Check: No, WHO chief did not say 'Covid-19 is nowhere near us' - Govt.in - Telling the truth- always! 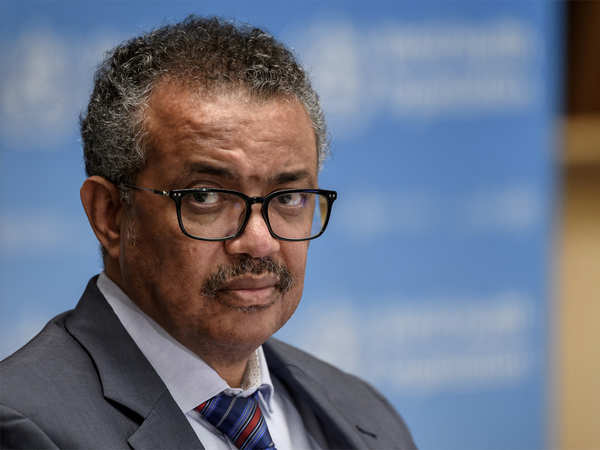 Another contagious omicron mutant of Covid-19 has reportillybeen gaining ground in India. The variant called BA.2.75, per reports, may be able to spread rapidly and get around immunity from vaccines and previous infection. But this grim news is made more worrying when you couple it with continued misinformation about Covid-19.

A quote from Tedros Adhanom Ghebreyesus, the Director-General of the World Health Organisation, has been making the rounds on social media. And this quote seemingly stands at odds against what has been reported.

AFWA’s investigation, however, found that the viral quote was false. What Ghebreyesus actually said is almost the opposite of what the quote says.

AFWA’s investigation, however, found that the viral quote was false. What Ghebreyesus actually said is almost the opposite of what the quote says.

Ghebreyesus said, “New waves of the virus demonstrate again that Covid-19 is nowhere near over.” He further said during a press conference on July 12 that the “virus is running freely, and countries are not effectively managing the disease burden based on their capacity, in terms of both hospitalisation for acute cases and the expanding number of people with the post-Covid-19 condition, often referred to as long-Covid.”

He also said that there was a disconnect in the disease’s risk perception between scientific communities, political leaders, and the general public. He said it is “a dual challenge of communicating risk and building community trust in health tools and public health social measures like masking, distancing, and ventilation”.

Fact Check: This 2021 video of Kolkata police lathi-charging people has nothing to do with Kanwar Yatra
One giant leap of logic! Footprint theory about moon landing ‘hoax’ does not add up