Fact Check: Not J&K, this video shows clashes between coca farmers and police in Bolivia - Govt.in - Telling the truth- always! 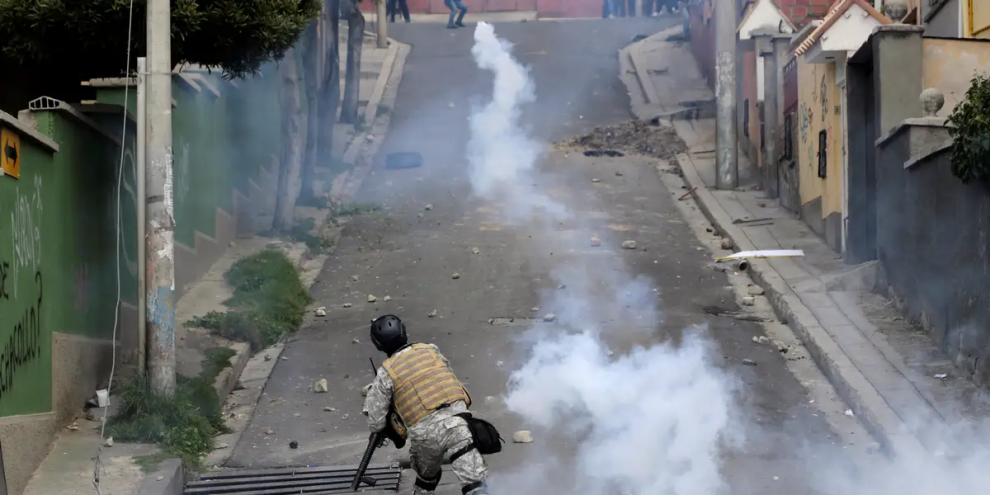 Disturbing footage of violence has been making the rounds on social media. Shot on what appears to be a cellphone, the  some of whom appear to be throwing objects at someone or a group outside the frame. Things escalate with a loud bang and one of the people falls amid what looks like a small explosion.

A reverse image search of the video’s frames led us to several  that reported the incident. Per the website of  this was a recent clash between the coca producers and Bolivian authorities. Per the report, in the video, a protesting coca farmer threw a homemade dynamite stick at the police while holding the other one on another hand. Within a few seconds, the second one burst in his hand, causing him serious injury.

The same viral video was uploaded by “Unitel Bolivia” on Dailymotion, entitled in Spanish: “Coca grower injured for handling dynamite is in ‘critical situation’”.

Bolivia has been witnessing a stand-off between the coca growers and the government for the last couple of weeks. The Bolivian city of La Paz withnessed severala clashes between the protesting farmers and the police. international media reports Per the protesting farmers of the Adepcoca Coca Growers Association are demanding the closure of a “parallel market promoted by a group affiliated to the ruling government”.The protesters marched and proclaimed that the parallel market was “illegal and enjoys government support”.Thus, we conclude that this video was not from Jammu and Kashmir, or from India at all. It’s from Bolivia.

Fact Check: Bollywood stars aren’t boycotting people – these pics are from 2018 Kathua gang rape protest
Fact Check: Centre did cut down Aligarh Muslim University funds, but not to the extent being claimed