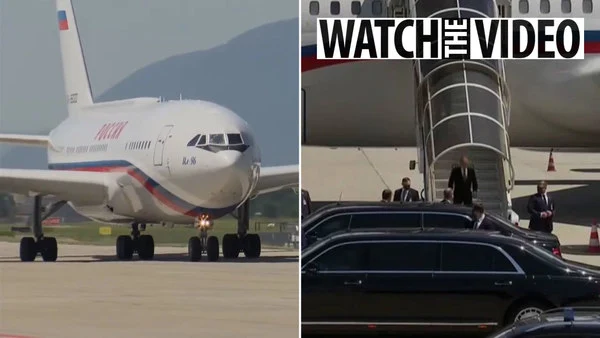 Earlier this week, there were reports of Russian president Vladimir Puntin falling ill and requiring several hours of assistance from his medical team. Ever since the Russian invasion of Ukraine began in February, there have been several speculations about Putin’s poor health.

Meanwhile, a television news footage has now gone viral on social media, claiming that the Russian leader is in South Africa for a summit. “President Putin visited South Africa,” the video was captioned by a user on Facebook It showed Putin’s contingent being received and being led to a convoy at an airport.

Apart from the anchor’s on-screen briefing and visuals of Putin at the airport, a breaking news ticker showed “President Putin arrives in SA for the 10th BRICS summit.” The name of the channel read, “SABC News’. We couldn’t spot a date box anywhere on the screen.

When checked for the 2022 edition of the summit, it was found that the five member countries—Brazil, Russia, India, China, and South Africa—met earlier this year virtually in China’s Beijing for the 14th edtion of the meet A release by the Prime Minister’s Office dated June 24, 2022, confirming Narendra Modi’s participation in the 14th BRICS Summit can be read here.

SABC News is a news channel owned by the South African Broadcasting Corporation. The 3-minute and 5-second long video was uploaded on July 26, 2018.

Thus, it is clear that it is the news report on a four-year-old foreign visit of Russian leader Vladimir Putin that is being circulated now as a recent development.