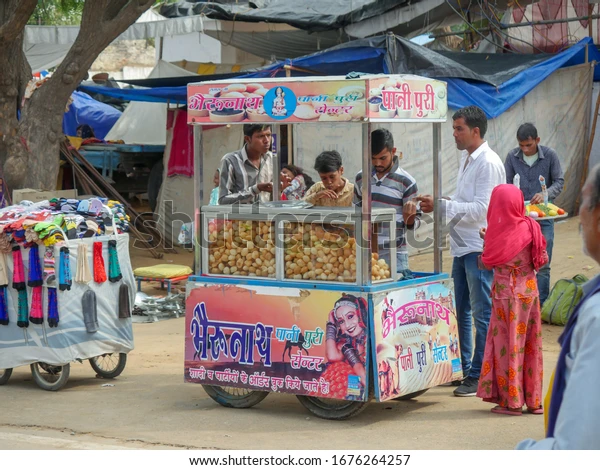 Over the years, videos of street food made in supposedly unhygienic conditions have been a staple of social media. Videos and photos of vendors using “dirty water” in preparations have a way of going viral almost instantly. A new video in this genre has recently been widely shared but its assertions are far more insidious.

The video shows a man adding what looks like toilet cleaner to a container supposedly full of “pani puri” water. Those sharing the video claimed that the man in the video, whose face was covered, was Muslim. Some even claimed that his name was Zubair.

The viral video had a second part as well — one that was also shared by some on twitter The second video, which was a clear continuation of the first one, contains a tiny disclaimer at the bottom of the screen that said that this video was “scripted” and was made with the express purpose of spreading awareness.

Using select keywords, we were also able to find the original video on the Yputube Channel Gyan Bhandar”. This video was uploaded to the YouTube channel on July 7.We found Gyan Bhandar’s Facebook page as well. the same video was posted with a Hindi disclaimer that clearly mentions that the video was scripted and meant only for entertainment purposes. However, when we checked the post’s edit history, we found that the disclaimer was only added on July 9, two days after it was shared.

The original caption said in Hindi, “Friends, see how toilet cleaner is being mixed. They are playing with children’s health. To enhance the taste of the golgappa water, toilet cleaner was added to it.” Of course, the Facebook bio also expressly states: “Please keep in mind I make only scripted videos to save people from fraud and to make them aware.”

Thus we concluded that a staged video, made for the purposes of entertainment and social awareness, was given a communal spin and shared as a real incident.

Fact Check: Sanjay Raut didn’t explain how to produce vegetarian eggs, 2019 video shared out of context
Fact Check: This 2021 video of Kolkata police lathi-charging people has nothing to do with Kanwar Yatra