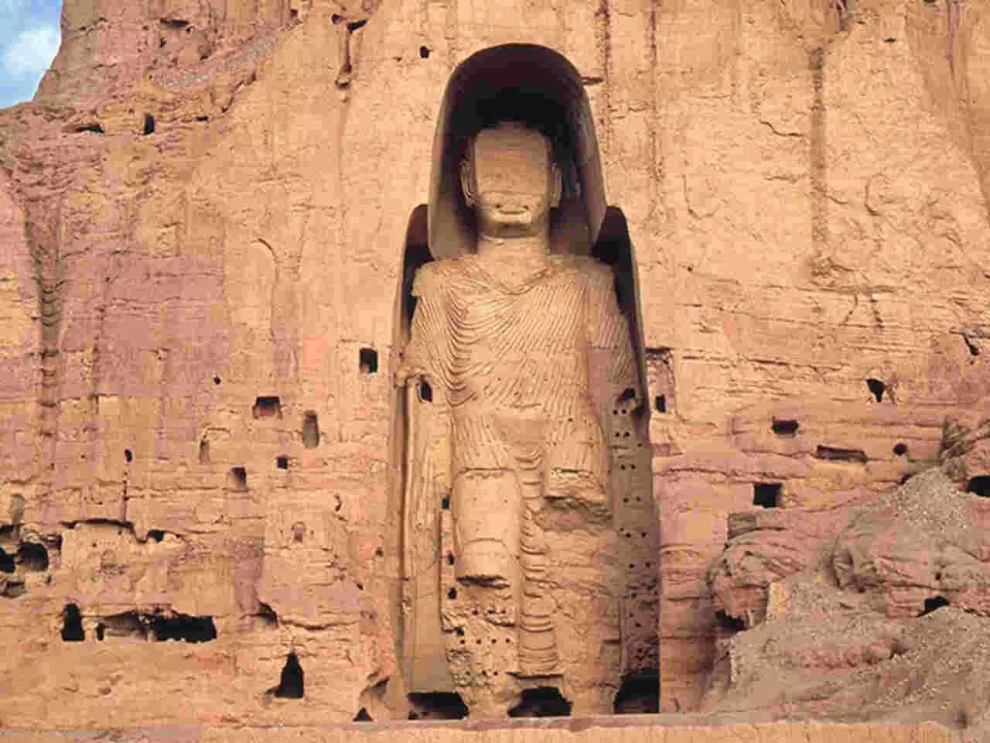 More than two decades after the Taliban destroyed two massive Buddha statues in the Bamiyan Valley of Afghanistan, people are now claiming that damages have now been repaired.

AFWA’s investigation found that the statues have not been restored. The supposedly restored Buddha statue in these posts is not from Afghanistan at all — it’s from India.

While investigating the claim, we looked for news reports about the restoration of the statues destroyed in March 2001 but did not find any. In fact, a recent Guardian report noted that the Taliban has begun construction work on a tourism complex just metres from the cliff that held the Bamiyan Buddha statues. Archaeologists and experts reportedly warned that this could cause permanent damage to the world heritage site.

Taliban govt of Afghanistan has restored Buddha of Bamiyan within one year. When is Narendra Modi govt going to restore Babri Masjid?”

The August 2 report further stated: “In 2001, the Taliban destroyed two giant statues that had towered over the valley for more than a millennium, but the niches where they stood, and surviving cave frescos and other remains still make the site one of global importance.”

This proved that the destroyed Buddha statues have not yet been restored.We also found a Wion video report from March 8, 2021, that also noted that no restoration work had been done.

At the two-minute mark, the reporter says: “The UNESCO in 2013 gave several suggestions as to how the two Buddhas can be restored. Years have passed, minor construction goes on, but there is still no clarity on whether this statue is going to be rebuilt.”

So, where’s the viral photo from?

If the Bamiyan statues have not been restored, then what is the source of the second photo used in this viral post?We reverse searched the photo and found it on Pinterest, where it was mentioned that the statue is from inside the Kanheri Caves at the Sanjay Gandhi National Park in Borivali, Mumbai.

The same photo was also claimed to be from that location on other websites as well, such as here, here, and here.The structure of the Bamiyan Buddha also looks completely different from this.

Fact Check: Scary video of burning plane at airport is from Moscow, Russia – NOT India
Fact Check: Not Indian Army soldier, this performance of combat was given by a South Korean soldier in 2017