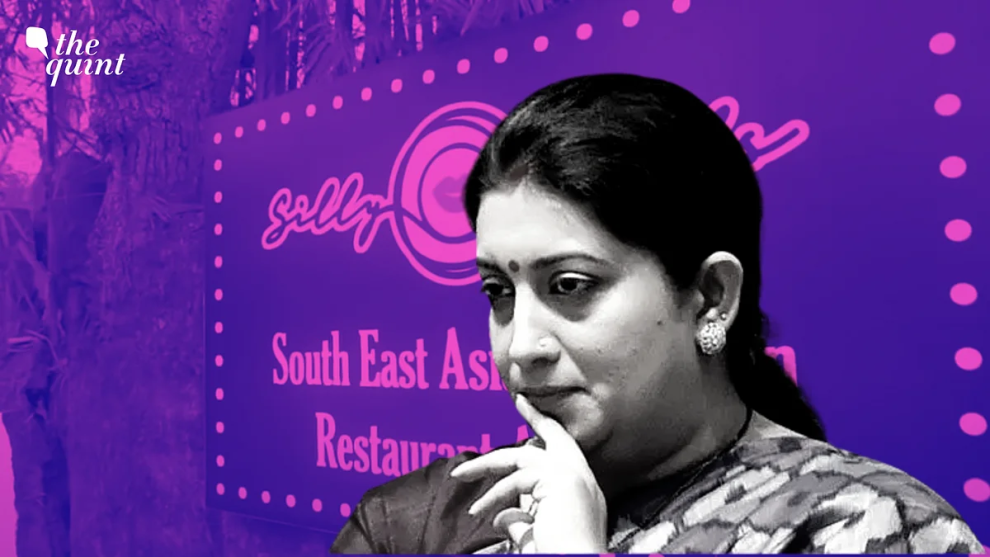 An eatery in Goa has kicked up a political storm after the Congress party alleged that it was owned by Union minister Smriti Irani’s daughter Zoish Irani. The Opposition party claims that Zoish’s Silly Souls Cafe and Bar in Goa’s Assagao is “illigel However, Smriti Irani has defended her daughter, saying that Zoish is just a student and owns no bar.

Meanwhile, according to some posts on social media, both beef and pork are served at Silly Souls Cafe and Bar. The photo of a menu card, purportedly from the said restaurant, is being shared to back this claim.Multiple verified Facebook andTwiter users made the allegation with a collage which shows the menu card, a meat recipe, a display board of the cafe and the picture of Smriti Irani and Zoish together.

The caption of the Facebook post in Hindi translates to, “If by mistake a Congress leader had served beef in his hotel or restaurant, then BJP and “Godi media” would have set the country on fire today, it would have created havoc. But this is Smriti Irani’s daughter’s restaurant, so everyone has forgiven. There is no statement from BJP Mahila Morcha now? Hail Lord Ram”.

India Today Anti Fake News War Room (AFWA) has found that the menu card being shared with the viral post is not from Goa’s Silly Souls Cafe and Bar. The current menu at Silly Souls does not feature beef dishes. We couldn’t confirm whether the establishment served beef in the past or not.

A reverse image search revealed that the viral menu card featuring beef and pork dishes was a copy of the online menu of another Goan diner called Upper Deck, Radisson Blu Resort. This restaurant is situated in Cavelossim, which is at least 60 km away from Assagao where Silly Souls Cafe is located. While the menu card is from the Radisson restaurant, the picture of the meat dish has been lifted from the internet. This image has been used by multiple fod vllog sites over the years.