Fact Check: These people are not greeting Tejashwi Yadav with pens to mock him - it was his idea - Govt.in - Telling the truth- always! 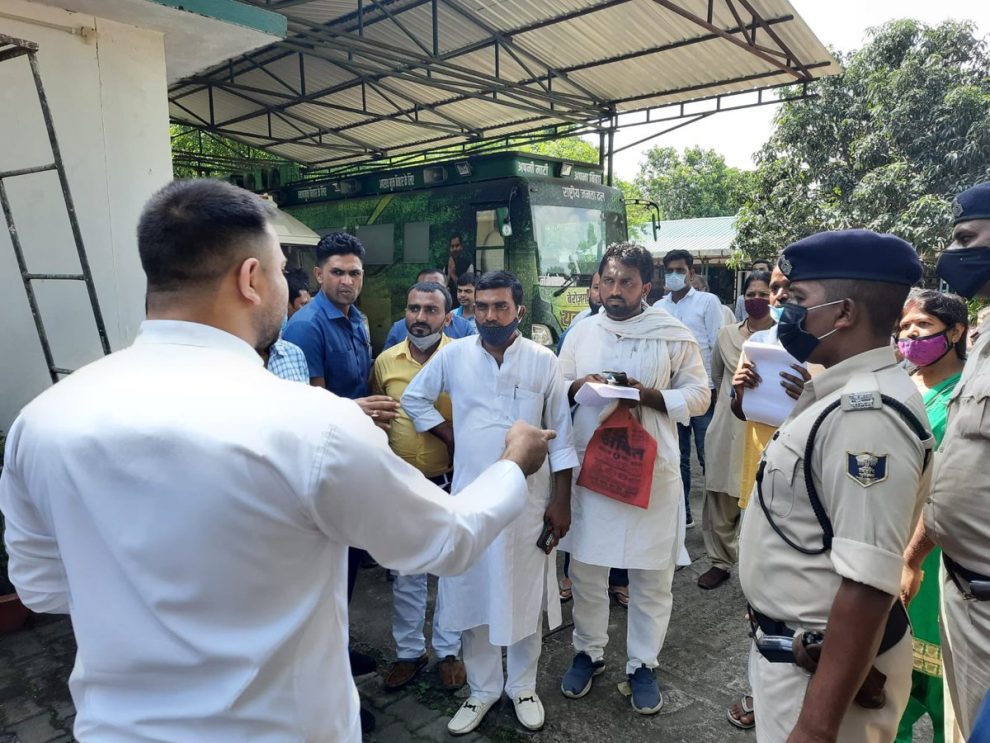 “The ninth-grade fail Deputy Chief Minister has never been insulted like this before. Instead of garlands, people handed him pens,” read a tweet featuring a video of Tejashwi Yadav. This video has been shared by many with similar insinuations.

AFWA’s investigation found there’s more than meets the eye — this is something Yadav himself has encouraged. So, let’s take a look at what happened. The viral post has been archived here.

We found news reports on new directives issued by Yadav for Bihar’s cabinet ministers recently. They can be seen here and here

This new six-point directive was shared on Yadav’s Facebook page on August 20. The directives include restrictions for ministers on buying new cars and not letting people touch their feet. Yadav also stressed promoting the exchange of books and pens instead of flowers and bouquets.

On August 21, Yadav posted the viral video on his Twitter and Facebook accounts and wrote in Hindi, “It gives me satisfaction and happiness that the visitors are greeting with books and pens instead of flower bouquets.”

Thus, we can conclude that Yadav being greeted with pens was not the crowd’s attempt to mock him for his limited academic education — rather it was something he had encouraged others to do recently.

Fact Check: Not Indian Army soldier, this performance of combat was given by a South Korean soldier in 2017
Jay Shetty Officiated Jennifer Lopez, Ben Affleck’s wedding: 5 Points On Him