Fact Check: This 2021 video of Kolkata police lathi-charging people has nothing to do with Kanwar Yatra - Govt.in - Telling the truth- always! 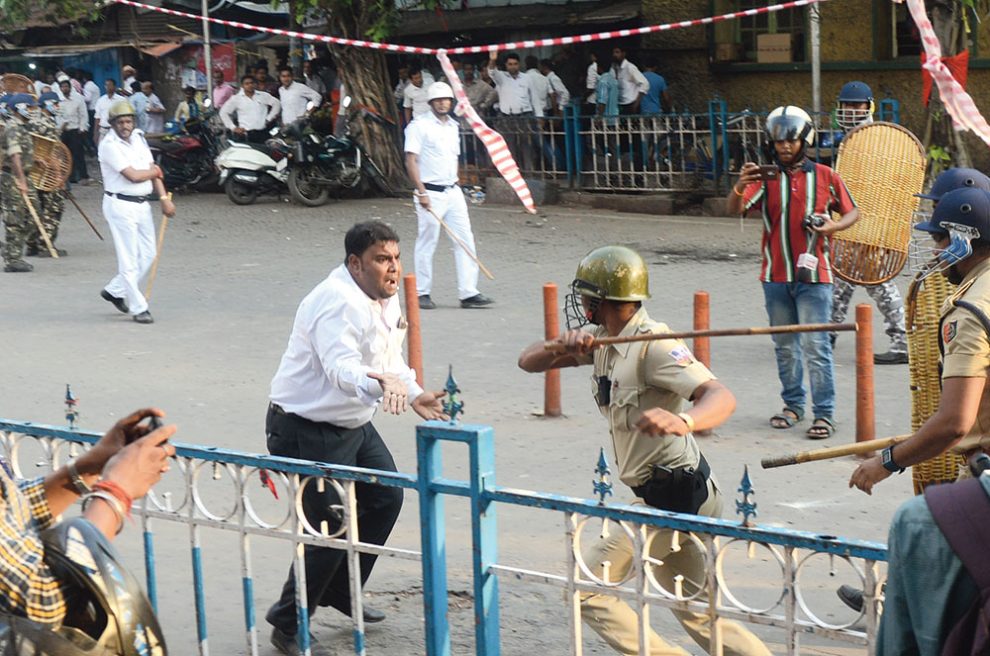 A video has been circulating on social media with the claim that it shows Kolkata policemen assaulting Kanwar Yatra pilgrims. In the video, police lathi-charged a bunch of young men in front of a temple. Additionally, women could be seen apologising to cops.

A reverse search of the keyframes of the video led us to the same video on Twitter that was shared by the official Twitter account of Bharatiya Janata Party Bengal on August 16, 2021. According to the tweet, the video was from the Bhootnath temple in Kolkata.

We then searched online for news reporters about the incident and found that it had been widely reported.  reported that multiple temples in Kolkata reopened in August 2021 after restrictions that were imposed amid the second wave of Covid-19 were relaxed.

Bhootnath temple was not yet open to the public. However, during the holy month of Sawan, several Lord Shiva devotees gathered in front of the Bhootnath temple and broke restriction norms.

Cops subsequently resorted to lathi-charging to control this crowd.  in 2021, the West Bengal government extended the Covid-19-related restrictions till August 31. Kanwar Yatras this year is scheduled to begin on July 14.

It is thus clear that the video in question shows police lathi-charging devotees who had gathered at a temple defying Covid-19 restrictions in 2021. It does not show cops assaulting Kanwar Yatra pilgrims.