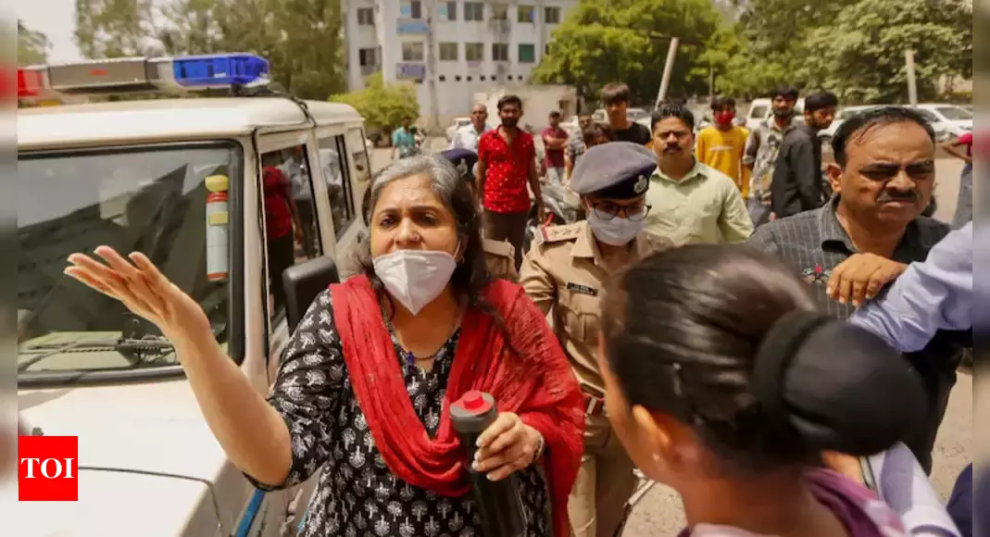 A video of a woman spitting at cops has been circulating on social media. Many sharing it claimed the woman was the civil rights activist and journalist Teesta Setalvad.Setalvadand former Gujarat Director General of Police RB Sreekumar were picked up last month by the Gujarat ATS for allegedly fabricating evidence and tutoring witnesses in the 2002 Gujarat riots case.

AFWA’s investigation found that the woman spitting at cops in the viral video was Netta D’Souza, the acting president of the All India Mahila Congress.

The viral posts have been archived here and here.

When we searched for relevant keywords, we found several news reports on the incident that used screenshots from the videoor the video itself.

ANI also tweeted the video on June 21 with the caption, “Mahila Congress President Netta D’Souza spits at police personnel during a protest with party workers in Delhi against ED for questioning Congress leader Rahul Gandhi in the National Herald case.”Per the reports, this happened during a demonstration by Congress workers in Delhi against the Enforcement Directorate’s summons to Rahul Gandhi in the National Herald money laundering case. There, Mahila Congress president Netta D’Souza was caught on camera spitting at cops. This happened when police personnel were trying to detain protesting Congress workers.

D’Souza on the other hand called this “propaganda” against her and explained the incident on Twitter on June 21.

She said that while she was being hauled by cops, “mud unwanted particles like hair some dust,” entered her mouth. She claimed that this is why she spit and that she had no intention of disrespecting security personnel.Propaganda against D’Souza or not, it is abundantly clear that this video does not show Teesta Setalvad spitting at cops.