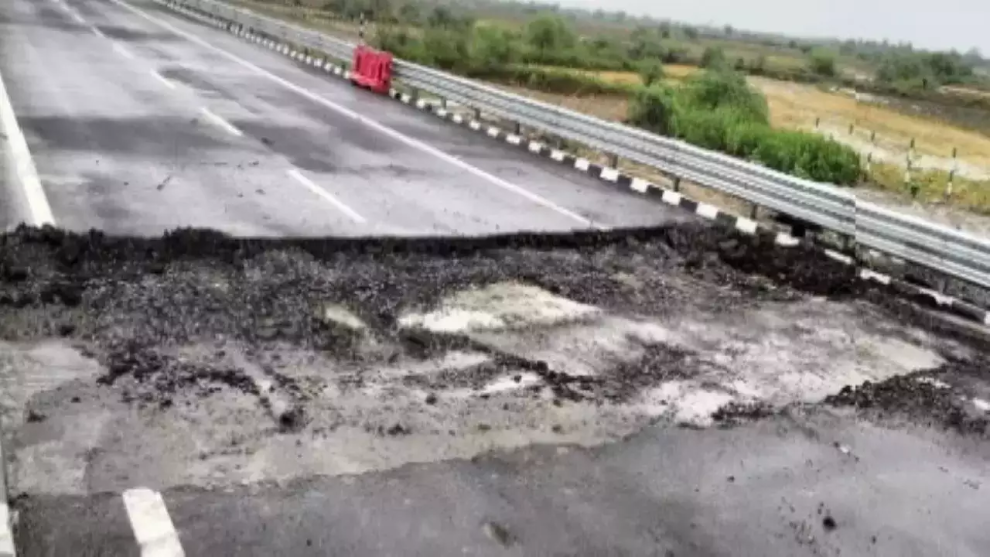 Hardly a week has passed after the much-hyped Bundelkhand Expressway, which passes through seven districts of Uttar Pradesh, was opened to public. Sadly, the four-lane expressway has already made news for the wrong reason. The iconic 296-km stretch expressway got damaged in heavy rains near Jalaun, not long after it was inaugurated by PM Narendra Modi on July 16.

Now, a video has gone viral on social media as that of the damaged Bundelkhand Expressway. It shows people staring at a caved-in approach road that has become untraversable.India Today Anti Fake News War Room (AFWA) has found that the claim is misleading. This video is from Madhya Pradesh’s Raisen district.A reverse search of the video’s keyframes showed that the screenshots from the same footage were carried in an Ajj Tak report published on 25 July 2022.As per this report, the video is from Kaliasot bridge in Mandideep, Madhya Pradesh. The bridge is part of NH 46 and a 45-km-stretch of road that has been built less than a year ago by CDS infra at an estimated cost of a little over Rs 500 crore. Thankfully, no travellers were hurt in the cave-in.

Thus, it is clear that the viral video is not from the damaged parts of UP’s Bundelkhand Expressway. It shows a road cave-in from Madhya Pradesh’s Mandideep.