Family of 3 offloaded from Dubai flight for not heeding Covid protocols - Govt.in - Telling the truth- always! 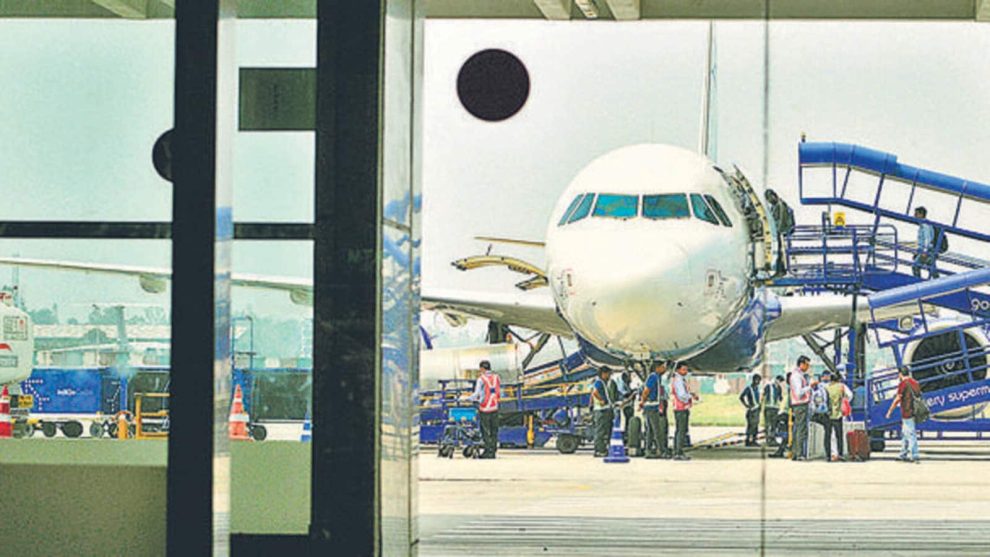 Chandigarh News : Chandigarh airport CEO said the family, comprising a couple and their daughter, was offloaded by the Indigo crew over the passengers’ ‘unruly behaviour’  The Dubai flight that was scheduled to leave at 5.40 pm departed from Chandigarh after a 50-minute delay.

High drama was witnessed at the Chandigarh International Airport on Friday after three members of a family allegedly refused to follow Covid protocols and created ruckus inside the IndiGo Airlines Dubai-bound flight (6E-55), causing nearly an hour’s delay.

The flight finally took off after 50 minutes after the family was offloaded.

Chandigarh International Airport chief executive officer Rakesh Ranjan Sahay said the family, comprising a couple and their daughter, was offloaded by the Indigo crew over the passengers’ “unruly behaviour”.

A crew member, requesting anonymity, said, “Initially, the passengers complained about the widow shutters, and then refused to adhere to the Covid protocol. The on-board crew tried to pacify the passengers, but when they did not comply, the pilot of the flight intervened and requested the family to obey the in-flight protocol. However, when the family did not respond in a positive manner, the crew off-loaded the family and handed them over to the CISF (Central Industrial Security Force), the airport security staff. They were asked to leave the airport premises.”

The Dubai-bound flight was scheduled to depart at 5.40 pm but left at 6.30 pm, said the airport officials.