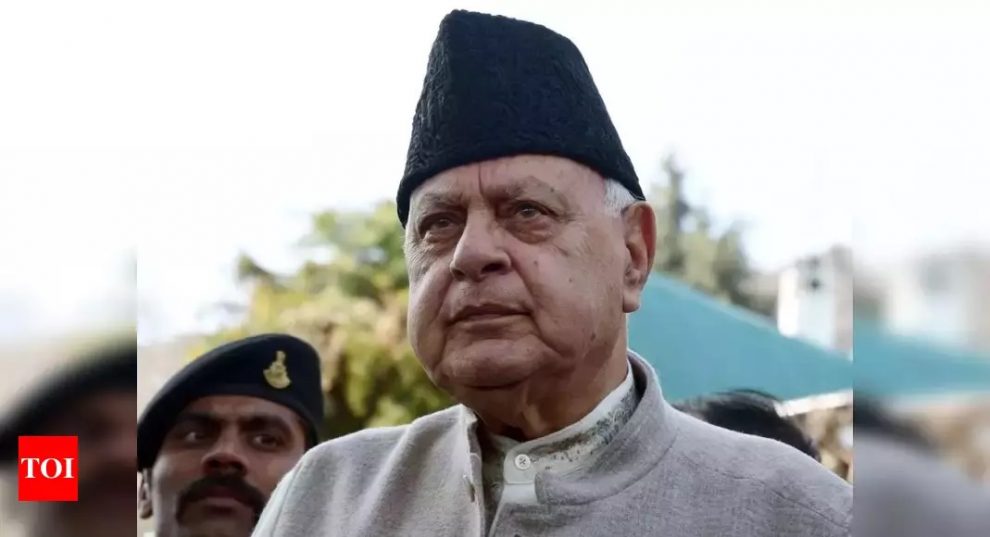 SRINAGAR: National Conference (NC) president and Member of Parliament from Srinagar Farooq Abdullah wrote to Prime Minister Narendra Modi on Thursday seeking immediate restoration of high-speed 4G internet services in Jammu and Kashmir.
“As you are aware, the first case of coronavirus was detected in Kashmir yesterday which has resulted in authorities locking down large parts of the valley,” Abdullah, who was last week released from a seven-month-long detention, said in a letter to the prime minister.
The NC president said businesses and students have already been hit hard by the shutdown after August 5, 2019 and are again suffering because of these restrictions.
“The people are being advised to work/study from home, but this is impossible with 2G internet speed and limited fixed line internet penetration. I would, therefore, request you to restore 4G internet services in Jammu and Kashmir at the earliest to ease the suffering of the people,” he said in the letter.
The chorus for restoration of high-speed 4G internet services on mobile phones in Jammu and Kashmir has grown in the wake of the detection of the first case of coronavirus in the valley.
Internet services were suspended in Jammu and Kashmir on August 5 last year, hours before the Centre announced the abrogation of Article 370. While the 2G services on postpaid mobile phones and Broadband and lease-line services were restored months later, the 4G services continued to remain suspended.
The government in a recent order said the low speed internet will continue in the Union Territory till March 26 “in the interests of sovereignty and integrity” of the country.

How ‘jugaad’ is helping govt work amid lockdown