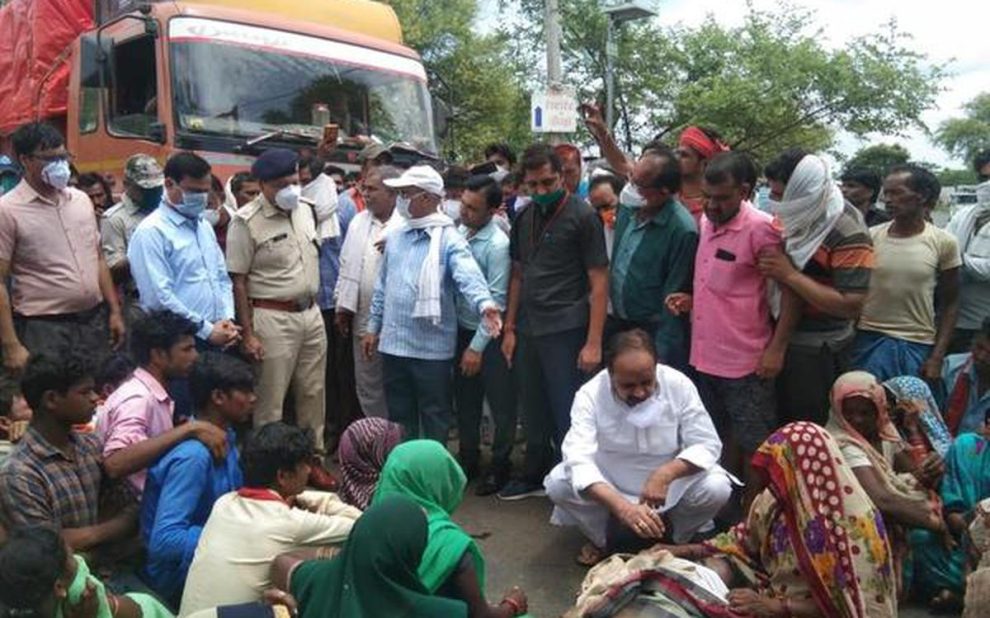 Bengaluru News : A forest officer in Karnataka was suspended by the Cauvery Wildlife Division after he was purportedly seen demanding a bribe from two truck drivers in an intoxicated state during his duty, local daily Vijaywani reported.

The video of the incident had earlier surfaced on social media. A tweet posted by one Kashyap Nandan claimed the incident took place at the Palar check post near the Karnataka-Tamil Nadu border.

The officer can be heard threatening to shoot the drivers when they refuse to give him a bribe. The officer is also heard hurling curses at the drivers, who ask him what he wants. When he threatens to shoot them on the spot, the drivers are seen getting off the truck and saying, “Bring your gun, shoot us.”

“You are raising your hand at a man in a uniform?” the officer asks, to which the truck driver responds, “Nobody has raised a hand at you.”

The officer again demands a bribe to which the man taking the video asks, “Why should we give you a bribe?”

Nandan, a social worker, tweeted the video and wrote, “Forest officer in Palar check post performing duty by consuming liquor also harassing truck driver to pay bribe, forest officer says if you won’t pay bribe I will shoot you here itself. @BSBommai this is plight of the govt. Officer name is Mohan, will you sack him?”

The incident triggered severe backlash from netizens, who demanded the officer’s immediate suspension.

This comes in the midst of several allegations of corruption against the Basavaraj Bommai-led government in Karnataka. Recently, Bommai went into damage control mode after his law and parliamentary affairs minister JC Madhuswamy was heard saying “we are not running a government, we are somehow managing” in a viral audio clip that left the government embarrassed.

‘When I came to run for Sachin, Afridi was abusing him a lot’: Sehwag’s big revelation about India-Pakistan 2003 WC game
Watch: Sanju Samson fumbles but says ‘of course, MS Dhoni’ to funny yet tricky question