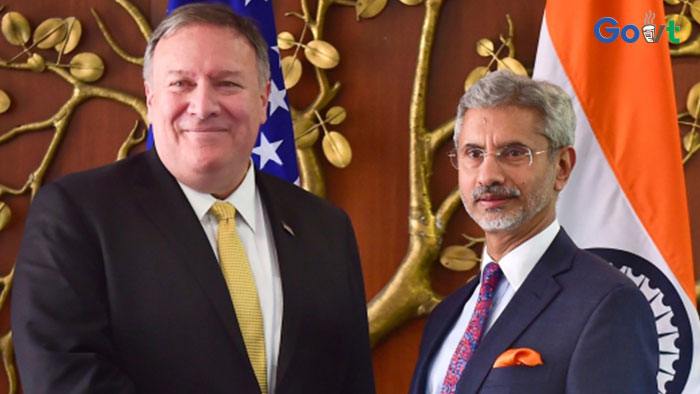 On this Friday, a total of 19 world leaders from different countries- and the Europeans are meeting in Osaka, Japan for G-20 Summit.
In simple terms, one can get that these leaders are a “Group of 20” called as G-20. However, to understand the depth about this Summit, one need to understand what exactly is the Summit about and why is it so important for everyone?

The G20 is an annual meeting of world leaders with the most significant and fastest-developing economies. Its members account for 85% of the world’s GDP, and two-thirds of its population.
The group has no perpetual staff of its own, so every year in December, a G20 country from a rotating zone takes on the presidency.
That country is then accountable for organizing the next Summit, as well as miniature gatherings for the coming year.

Also, they can choose to invite non-member countries along as guests. Spain (being the non-member) is always invited.
The first G-20 meeting took place in Berlin in the year 1999. Then after, a financial crisis occurred in East Asia, which affected many nations around the world.
The present Group of Eight (G8) club of the world’s wealthiest economies was extended to include fast-developing economies such as China, Brazil, and Saudi Arabia – the G-8 has since dropped Russia and is now the G-7.

At first, the G-20 was mostly attended by finance ministers and central bank governors. This got changed again when the global financial crisis occurred in 2008. The 2008 financial crisis led to collapsing of banks, rising unemployment, and decayed wages. The then organization turned into an emergency council for presidents and prime ministers.
Now, they always attend.

What does the G-20 talk about?

The world leaders get together to discuss the most important financial and economic issues of the present scenario.
Once the issues come into consideration, then the members work to ensure that their plans are appropriately coordinated.
The G-20 Summit 2019 is expected to revolve around issues like climate change, trade, and along with that the crisis in relations with Iran is presumed to be the big topic this year.
Leaders also have many essential talks on the sidelines of the Summit.
There is a lot of buzz happening about- who US President Donald Trump is meeting up with.
The highlight of the Summit is Mr. Trump is going to have a conversation with Chinese President Xi Jinping.

I look forward to speaking with Prime Minister Modi about the fact that India, for years having put very high Tariffs against the United States, just recently increased the Tariffs even further. This is unacceptable and the Tariffs must be withdrawn!

Before the Summit Donal Trump mentioned in his tweet that he is going to have a word with Indian prime minister Narendra Modi to talk about tariffs – extra taxes on imports and exports.

Prime Minister Theresa May will also meet with Russian leaders.

The world economy is often the critical topic of conversation at the G-20.
For instance, at the 2009 summit in London, world leaders committed themselves to a $5tn injection into the global economy. This was to try and restrain the most damaging effects of the financial crisis.
Also, other topics are frequently covered: for instance, the forum debated how to manage a partial cease-fire in Syria at the 2017 summit.

The world leaders often pose together for a group photograph.
It is used as an opportunity to sell whatever agreements the leaders have signed; However, the disputes among the signees is what creates the major buzz in the media.

Last year, some world leaders managed to skip shaking hands with Saudi Crown Prince Mohammed bin Salman. This is the reason he stood on the far right side of the photo and was broadly ignored.
Since the murder of journalist Jamal Khashoggi at a Saudi consulate in Istanbul, It was the first time he had come on the international stage

It’s been proposed that the group’s small size can be a curse and a blessing both.
The reason for curse is considered as having a small number of leaders involved might mean that decisions can be made more promptly.
Also, it has been debated that eliminating a large number of nations from important discussions (on an international level) isn’t fair. Approximately 170 countries aren’t invited to gatherings.
It has also been excluded as a “talking shop,” where inadequate real progress has been made.

There are no formal votes at the gatherings, and its contracts aren’t legally obligatory. Notwithstanding, it’s been said that if it didn’t exist, it would need to be developed anyway.
Often, great illustrations take place around the Summit.
In 2009 Ian Tomlinson, a newspaper seller, was killed in G20 protests in London after being caught up in protests on his way home.

This year, protests against Hong Kong’s extradition bill have been planned ahead of the Summit.

TMC asks its MPs to withdraw from Parliament