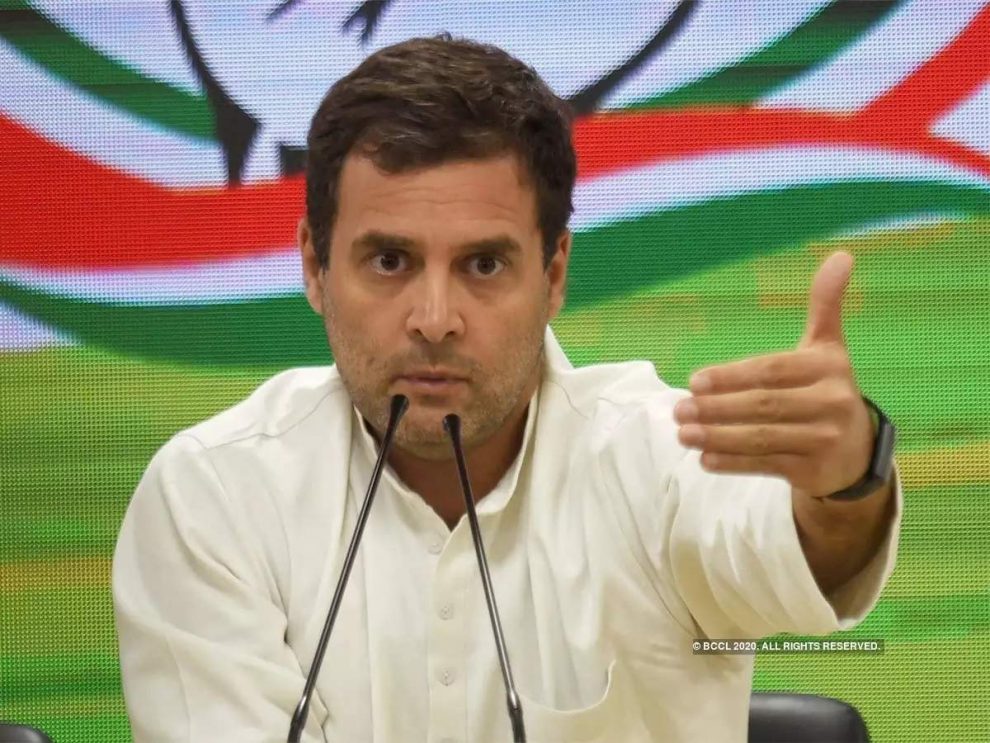 NEW DELHI: Congress leader Rahul Gandhi in his series of interaction with economic leaders have now spoken to Nobel laureate Abhijeet Banerjee who has suggested that people should be given money directly if the government wish to revive the economy fast. There should be Aadhaar-based PDS or a temporary ration card so that those who are stuck anywhere could get ration for their needs.
Speaking about the migrants in particular, Banerjee said: “One of the ideas that was mooted in the last years of the UPA but also embraced by the current government was the idea that the Aadhaar would be made national and therefore would be used for Public Distribution System and other things. Aadhaar-based claims on PDS would make one eligible wherever they are. That would have been wonderful to have right now.”
Coronavirus lockdown: Latest updates
He even said that temporary ration cards should be given to everybody for the next six months that would kind of save a lot of misery. Because then a lot of people would be able to go to the local ration shop, the Nobel laureate said.
Banerjee pointed out what has made things to collapse. “It is the idea that anybody who is really not where they are supposed to be is actually working. And therefore is earning an income. And you don’t have to worry about them. And that’s what has collapsed.”
“Real concerns are — will the economy revive, and in particular, how does one think through the possible time paths of this disease through that process,” he said, suggesting targeting the MSME sector would be the right channel.

“It is more about reviving demand. Giving money in the hands of everybody, so that they can buy from stores or they buy consumer goods. So MSME produces a bunch of stuff that people will want. They’ve not been buying it. If they had money or even if you promise them money, it doesn’t have to be that the money is there right now,” said Banerjee.
Citing an example, he said that if any body is in the red zone and is assured that whenever lockdown is lifted will have money in their account, say Rs 10,000 in the account and they can spend it. “I think spending is the easiest way to revive the economy. Because then the MSME people get money, they spend it and then it has the usual Keynesian chain reaction.”
Conversation with Banerjee is the second in the series after Gandhi spoke to former RBI Governor Raghuram Rajan.

Watch: Virat Kohli sweats it out in the gym as the former India captain gets ready for Asia Cup