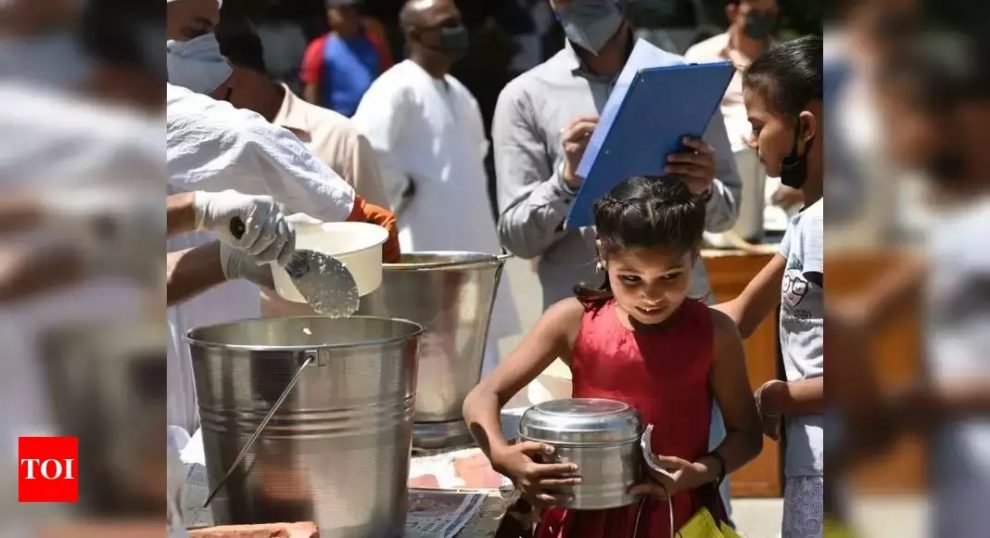 NEW DELHI: BJP president J P Nadda asked party workers to give up one meal to show solidarity with people facing hardships during the ongoing lockdown to mark the organisation’s 40th foundation day on Monday.
Nadda issued a set of directives to party workers, and Prime Minister Narendra Modi tweeted it, urging them to follow these guidelines.
Coronavirus outbreak: Complete coverage
“We mark our Party’s 40th Anniversary when India is battling COVID-19. I appeal to BJP Karyakartas to follow the set of guidelines from our Party President JP Nadda Ji, help those in need and reaffirm the importance of social distancing. Let’s make India COVID-19 free,” Modi said.
Nadda has urged party workers to provide food packets to the needy, distribute home-made face covers and get signatures of people to express gratitude to emergency staff, from health professionals to sanitation workers and police besides bank and postal employees among others, working during the lockdown to combat the coronavirus pandemic.
They must maintain social distancing, he said.
“All BJP Karyakartas (workers) to give up one meal on our Foundation Day as a way to show solidarity with people facing hardships during the lockdown,” one of his directions said.

“In the next one week, put a system in place where we can provide two homemade face covers to each person at our booth. We should circulate videos of preparation and distribution of such face covers with #WearFaceCoverStaySafe,” the guidelines added.
More on Covid-19
BJP Karyakartas should encourage 40 others to donate Rs 100 each to PM-CARES Fund, it said.
In every booth, they should contact 40 houses to get their signatures on thank you letters to emergency staff, he said.
“We dedicate our party’s foundation day to battle against Coronavirus, a guidelines has been issued to the party workers they will follow and stand with the people of the country in this battle,” Nadda said.
Talking about BJP’s 40 years of journey, Nadda in a video message to party workers said it was was full of struggle and sacrifice of the party workers.
Paying homage to the party workers and leaders, Nadda recalled Pandit Deendayal Upadhyaya, Syama Prasad Mookerjee, Atal Bihari Vajpayee. He also mentioned party’s senior leaders Amit Shah, Nitin Gadkari and Rajnath Singh, who all have served on the party’s top post.
Noting that BJP never compromised from its ideology Nadda said there are broadly five fundamentals of the party; nationalism and national unity, democracy within country and in the party, positive secularism and appeasement to none looking at everybody with equality and value based politics.
The party and its workers always stood by these fundamentals and will continue to do so, he said.
Later in a tweet, Nadda appealed to party workers to fulfil the five commitments sought by Prime Minister Narendra Modi during lockdown which includes providing ration to needy, giving a letter of thanks to health workers, police personnel, sanitation workers, post department and bank employees.
Modi on Monday in his video message to the party workers asked them to do five things to help the people during this challenging time.
The BJP was founded on this day in 1980 by leaders of the erstwhile Jana Sangh, which had merged with the Janata Party to put up a united fight against the Indira Gandhi-led Congress in the 1977 Lok Sabha polls, held after the Emergency.

Post-lockdown, a fumigation gate could greet you at work