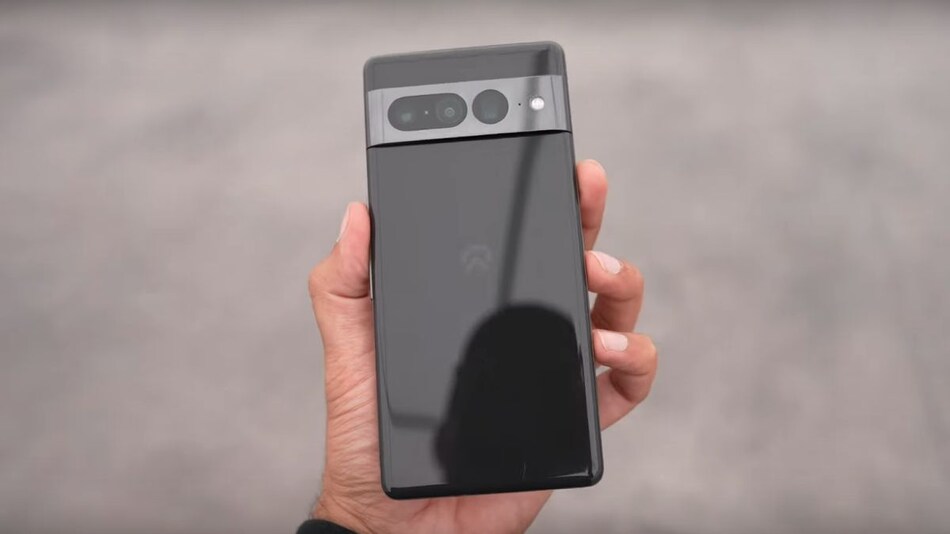 Google Pixel 7 and Pixel 7 Pro early hands-on video has been shared by a YouTuber online. Both the models of the upcoming Google smartphones were allegedly early developer versions, and the phones were only seen with the bootloader screen. In the video, the YouTuber also shared some hardware specifications and design features of the two Google smartphones. The Pixel 6 and Pixel 6 Pro were also featured in the video to compare them with the alleged early developer versions of the Google Pixel 7 and Pixel Pro.

YouTube channel Unbox Therapy has shared a hands-on video of the alleged early developer versions of the Google Pixel 7 and Pixel 7 Pro. The video suggests that the upcoming PIxel smartphones will retain the horizontal layout for the rear camera module. The Pixel 7 can be seen with a dual rear camera setup, and the Pixel 7 Pro with a triple rear camera setup.

The Pixel 7 Pro early developer version was seen in the video with 12GB of LPDDR5 RAM and 256GB of storage. The bootloader screen of the Pixel Pro also suggests ‘cheetah EVT1.1′ code name, as seen in the Unbox Therapy video. The Pixel 7, on the other hand, can be seen featuring 8GB of Samsung LPDDR5 RAM and 128GB storage. The handset can be seen with the codename ‘panther EVT1.1′. As per the video, the Pixel 7 Pro could feature polished right and left spines, whereas, the Pixel 7 could get matte finish sides. Both the handsets are said to also support wireless charging, according to the YouTuber.

To recall, Google Pixel 7 and Pixel 7 Pro were teased at the Google I/O 2022 keynote event. Both the flagship phones are said to launch later this year. They are teased to be powered by the next generation Tensor SoC, and run on Android 13 out-of-the-box.