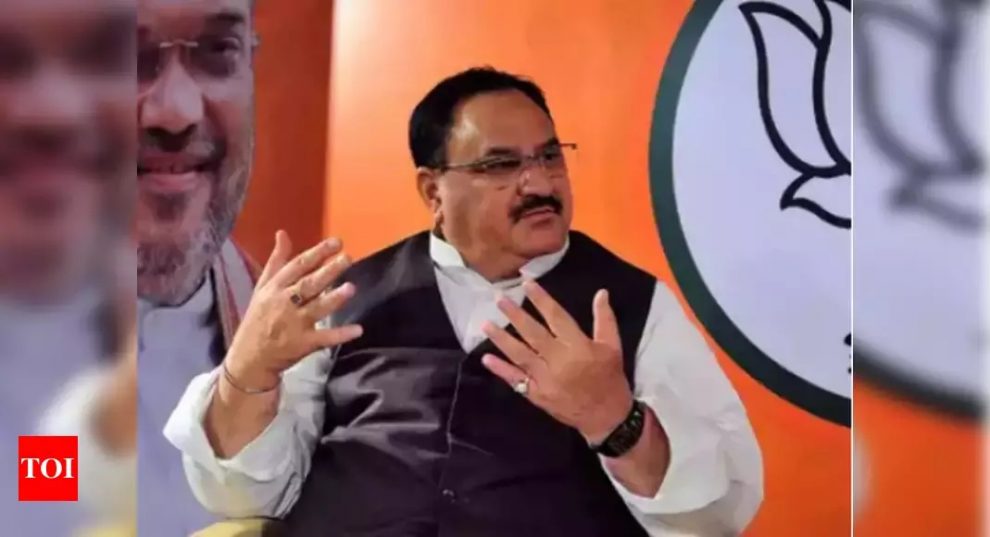 NEW DELHI: The BJP on Thursday welcomed the Rs 1.7-lakh-crore relief package announced by the Union government, saying it will help the poor, farmers and other needy sections of the society when the nation is on a 21-day lockdown to fight the coronavirus pandemic.
Party president JP Nadda said Prime Minister Narendra Modi has announced a “huge relief” for the poor in this hour of crisis, and asserted that it is the ruling party’s resolve that nobody is left hungry.
Home minister Amit Shah said the announcement shows the sensitivity of the government towards the poor and other vulnerable sections of society.
In his tweets, Nadda noted that over 80 crore poor people will get an additional five kg each of wheat and rice beside one kg of pulse for three months to ensure that everyone gets adequate amount of food.
Farmers, daily wagers, poor women, people with disabilities and senior citizens will also get monetary relief through direct benefit transfer, he said.
“On behalf of every BJP worker, I thank the Prime Minister for this relief to the poor, farmers, women, youths, senior citizens and the organised sector for such important decisions and this relief package,” he said.
Nadda also hailed the government’s announcement of insurance of health professionals and the decision to give free LPG cylinders under the ‘Ujjwala’ scheme for three months.
BJP general secretary Bhupender Yadav said the government under PM Modi’s leadership stands solidly with the poor and other segments of population and is committed to the country getting over the coronavirus pandemic.
The government has announced the lockdown until mid April, saying it is the only way out for the country to decisively defeat the virus.

Govt in talks with automobile firms to make ventilators

‘May not be in Asia Cup but won’t be surprised seeing Hardik Pandya captaining India in T20Is’: Scott Styris