Govt announces reservation up to Group-4 jobs for domiciles of J&K - Govt.in - Telling the truth- always! 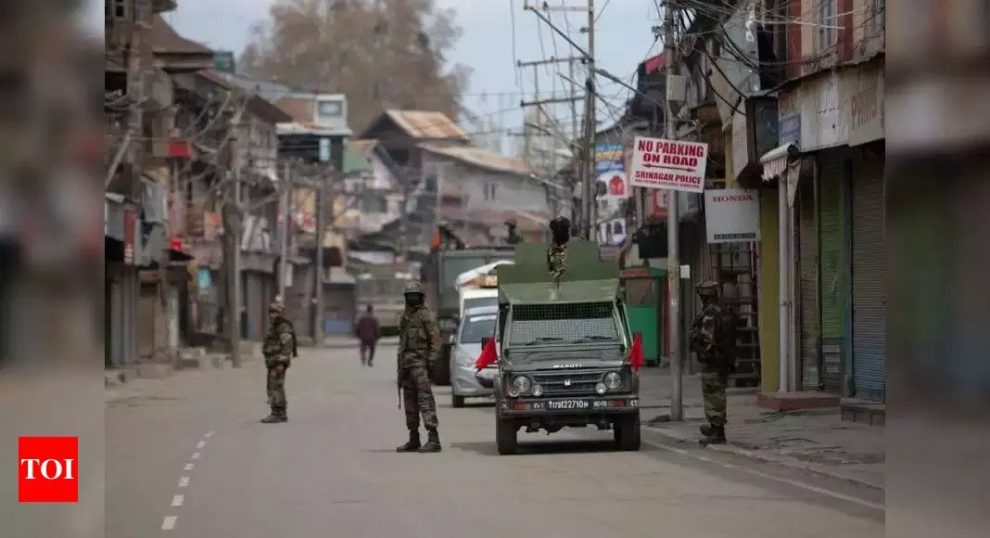 NEW DELHI: The government on Wednesday issued a gazette notification announcing a slew of amendments to 138 Acts of Jammu and Kashmir that included protecting jobs up to Group-4 for only those who are domicile of the union territory.
The notification said among the laws amended is the Jammu and Kashmir Civil Services (Decentralisation and Recruitment) Act.
The government has inserted a clause for domicile category under which a person has to stay in the Union Territory for a period of 15 years. Children of all-India services personnel who have served there for 10 years also come under the category.
The law now says that no person shall be eligible for appointment to a post carrying a pay scale of not more than Group-4 (Rs 25,500) unless he is a domicile of the Union Territory of Jammu and Kashmir.
Group-4 is equivalent to the rank of constable in police parlance.
As many as 28 of the 138 Acts have been repealed as the government laid down a procedure for being a domicile of the Union Territory, which came into existence on October 31, 2019, after the Centre abrogated special status to the erstwhile state and bifurcated it into UTs of Jammu and Kashmir, and Ladakh.
According to the procedure, anyone who has resided for 15 years in Jammu and Kashmir or has studied for seven years and appeared in Class 10 and Class 12 examinations in an educational institution located in the Union Territory is a domicile.
Anyone who is registered as a migrant by the Relief and Rehabilitation Commissioner (Migrants) will also be deemed to be a domicile.
The others who can be deemed to be a domicile include children of those central government officials, all- India services officers, officials of public sector undertakings and autonomous bodies of the central government, public sector banks, officials of statutory bodies, central university officials and those of recognised research institutes of the central government who have served in Jammu and Kashmir for 10 years.
Children of those who fulfil any of the conditions or children of such residents of Jammu and Kashmir as reside outside Union Territory in connection with their employment or business or other professional or vocational reasons but their parents fulfil any of the conditions provided in sub-section, the notification said. PTI SKL SKL

Be ready for a movement, Tikait tells farmers