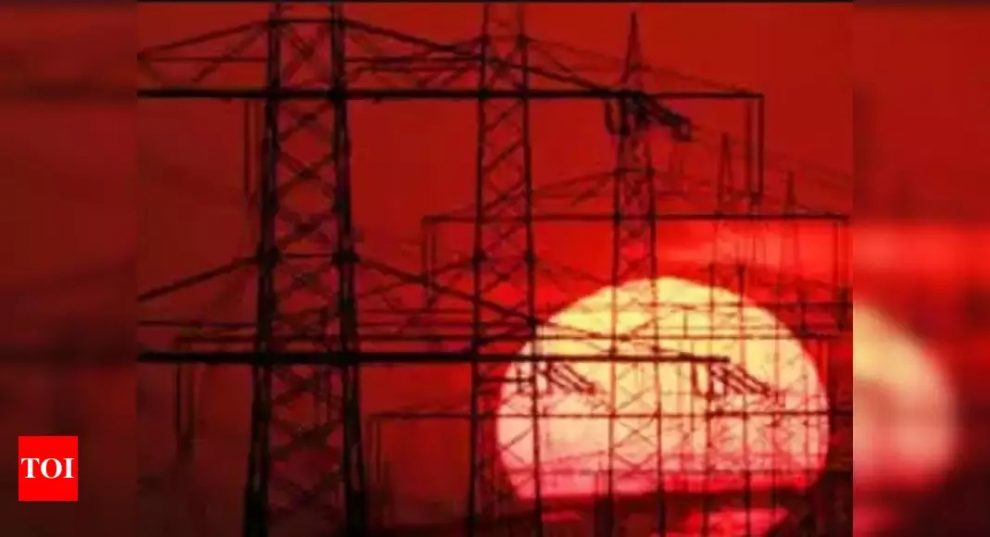 NEW DELHI: The government on Saturday sought to assuage fears of electricity grid instability due to simultaneous switching on and off of most lights in the country, saying adequate protocols are in place to handle the variation in demand without causing any damage to appliances.
Prime Minister Narendra Modi has asked citizens to switch off lights for nine minutes at 9 pm on Sunday and light candles and torches to “challenge the darkness” of the coronavirus crisis that has forced a three-week country-wide lockdown.
Several states shot off letters to power utilities to take steps to deal with the possibility of a sudden drop in electricity demand, which has already dipped by 25 per cent to 125.81 gigawatts due to the lockdown shutting down most businesses.
Power System Operation Corp Ltd, the agency responsible for managing electricity grid, said the lighting load of household consumes may be no more than 12-13 GW.
“Unlike normal operation, this reduction in load of the order of 12-13 GW would happen in 2-4 minutes and recover nine minutes later,” it said. “This sharp reduction in load and recovery, which is unprecedented, will need to be handled through hydro and gas resources.”
Its gameplan of managing the sudden change in demand is to reduce hydro power generation during 6:10 pm to 8:00 pm on Sunday and conserve it for providing flexibility during the 9:00 pm event.
Also, coal-based generators as well as gas fired power stations would be scheduled in a manner so as to manage the peak demand.
The switching off of only lights may lead to about 10-15 GW of reduction in electricity consumption out of expected demand of 115-125 GW on Sunday, Ashwini Vaishnav, BJP MP and a bureaucrat who served in Atal Bihari Vajpayee’s PMO said.
The government on its part moved to assuage any concerns on this front, saying the call was only for voluntary switching off the lights, and appliances such as computers, TV, refrigerators and ACs are to function normally.
Also, lights in all essential services including hospitals, police stations and manufacturing facilities as well as street lights are not to be switched off.
“Some apprehensions have been expressed that this may cause instability in the grid and fluctuation in voltage which may harm the electrical appliances. These apprehensions are misplaced,” an official statement said. “The Indian electricity grid is robust and stable and adequate arrangements and protocols are in place to handle the variation in demand.”
It said the appeal of the Prime Minister is to simply switch off the lights in their homes from 9 pm to 9:09 pm on April 5.
“There is no call to switch off either street lights or appliances like computers, TVs, fans, refrigerators and ACs in the homes. Only lights should be switched off,” the statement said. “The lights in hospitals and all other essential services like public utilities, municipal services, offices, police stations, manufacturing facilities, etc will remain on.”
Stating that the Prime Minister has appealed to the people to voluntarily switch off their lights between 9:00 p.m to 9:09 pm, it said all local bodies have been advised to keep the street lights on for public safety.
Union Power Secretary Sanjiv Nandan Sahai also wrote to heads of state power departments, saying “the National Load Despatch Centre has worked out the procedures for grid balancing during the period which they will be communicating to the regional and state load despatch centres separately.”
He said there is no call to switch off either street lights or appliances in homes. “Adequate arrangements and protocols are in place to handle the variation in demand. People should be assured not to worry and continue running all appliances as usual.”
A power ministry spokesperson had on Friday said there would be no such impact on grid stability as everything has been taken care of.
Meanwhile, the State Load Dispatch Centre (SLDC) of Uttar Pradesh has written to state utilities to take a series of steps to deal with the possibility of a sudden drop in power demand.
The SLDC in its letter asked the utilities to keep all the reactors of state grid in service while keeping capacitor banks inoperational.
The SLDC has also asked them to start load shedding from 8 pm to 9 pm on Sunday in a staggered manner.
Similar instructions have been given by the Tamil Nadu Transmission Corporation in a letter to its operational executives, saying that availability of sufficient staff should be ensured.
Meanwhile, an official on the condition of anonymity said power demand may fall by 10 GW to 12 GW during the blackout, which will have no bearing on stability of the national power grid.
The official further said this is not the first time the country is going for a blackout, as earlier too such exercises have been conducted for initiatives like ‘Earth Hour’.
The country had gone through a grid failure in 2012 due to technical reasons.
BJP MP Vaishnav said apprehensions being made about the impact on the power grid are false.
The Prime Minister’s request is for switching off lights at home, and all other appliances will continue to run besides street lights and essential services, he said, adding out of about 115-125 GW expected power demand on Sunday, only about 10-15 GW will reduce by switching off of home lights.