Govt gets down to business, asks the House to clear additional ₹25,826 crore - Govt.in - Telling the truth- always! 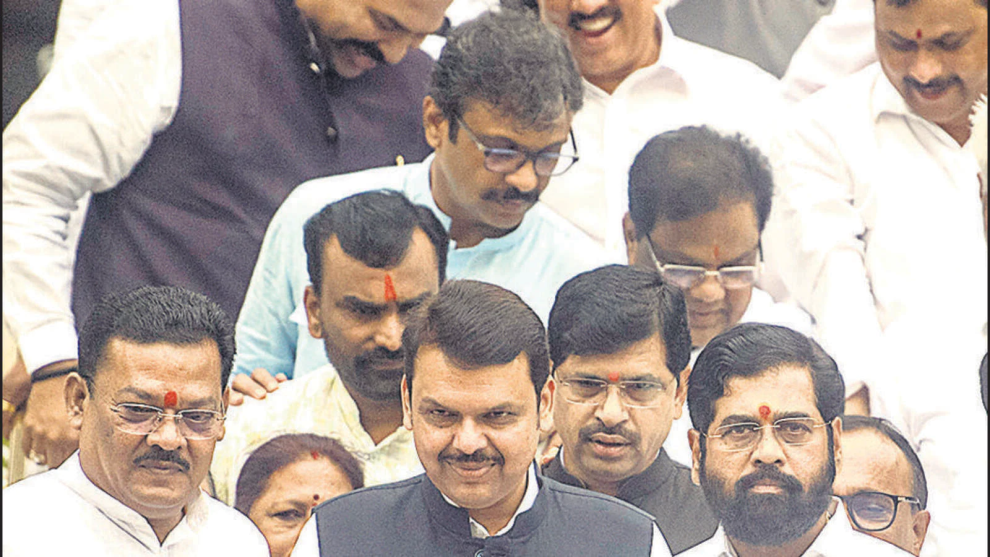 Mumbai News : The Shinde government announced an additional funding of ₹4.30 crore to modernize police control rooms across Maharashtra under the ‘Maharashtra Emergency Response System’ project  The state government tabled supplementary demands of over ₹25,826 crore before the state legislature on Wednesday.

On Wednesday, the Shinde government announced an additional funding of ₹4.30 crore to modernize police control rooms across Maharashtra under the ‘Maharashtra Emergency Response System’ project. Under this project, the response time for the police will be improved to 10 minutes in urban areas and 15 minutes in rural areas. In addition, state-of-the-art control rooms will be set up in all 45 police commissionerates across the state as also district police offices. Emergency helplines like police (100), fire services (101) and ambulance (108) will soon be integrated into one single emergency number (112) as part of this upgrade.

The state government tabled supplementary demands of over ₹25,826 crore before the state legislature on Wednesday, which was the first day of the monsoon session. This includes outlays like ₹1,593.93 crore for the home department, ₹229.75 crore for the general administration department, ₹51.43 crore for co-operation, marketing and textiles, ₹19.69 crore for the revenue and forests departments and ₹12.23 crore for school education and sports.

The supplementary demands refer to the expenditure incurred by the state government for an amount over and above that which has been approved by the legislature through the annual budget.

In the demands, the state government has made a provision of ₹4,700 crore for providing benefits of ₹50,000 to those farmers who have regularly repaid their short-term crop loans under the incentive benefit scheme for the Mahatma Jyotirao Phule Shetkari Karjamukti Yojana, 2019. Another ₹500 crore has been set aside for various programs to mark the 75th year of India’s independence.

The state has also made an additional provision of ₹98.82 lakh as honorarium for the chairman, officers and personnel of the Bhima Koregaon inquiry commission, and for their office expenses and professional services. Similarly, a provision of ₹3.11 crore has also been made for the security deposit and rent for the new leased space of the MSHRC at Nariman Point in Mumbai. At present, the commission is housed in a small office on the Hazarimal Somani Marg opposite the CSMT station.

In an impetus for the Ahmednagar- Beed- Parli Vaijyanath broad-gauge railway line and the conversion of the Nagpur- Nagbhid narrow-gauge rail line into a broad-gauge one, ₹350 crore and ₹107.22 crore respectively will be earmarked as the state government’s share of the project. The department of land records will get ₹15 crore for purchasing continuous operating reference stations (CORS) rovers and electronic total station (ETS) machines to conduct faster and modern land surveys and generate accurate land records.

The state has decided to open a separate head for implementation of mangrove restoration, mussel farming and ornamental fish farming under the UNDP- Green Climate Fund supported project on ‘Enhancing Climate Resilience of India’s Coastal Communities.’ A supplementary demand of ₹1.69 crore has been earmarked for this.

Electric Double-Decker Bus With App-Based Booking to Join BEST Fleet in Mumbai
“Took Him To 7 Hospitals, Couldn’t Save Him”: Family On Dalit Boy Killing