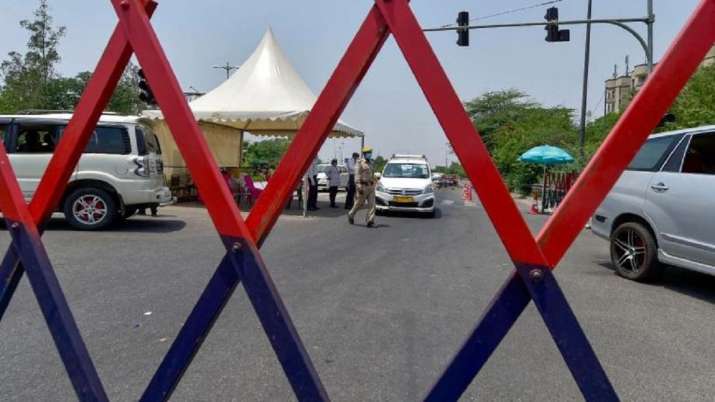 NEW DELHI: As part of its preparedness for post-lockdown period, the Centre on Monday released guidelines for use of public transport while adhering to social distancing norms to check the spread of coronavirus. Among other measures, it also recommended staggered office timings to avoid crowding in public transport.
“The guidelines will also be quite useful in managing traffic. A new normal will be developed in the society post-Covid-19 phase, setting new standards to live in a better and scientific way. It’ll eventually become good health norms,” said Health Minister Harsh Vardhan while releasing the guidelines on Monday.
The guidelines, prepared by the Council of Scientific and Industrial Research (CSIR) and Central Road Research Institute (CRRI), carry do’s and don’ts on using and managing public transport with commuters maintaining social distancing norms.
They include painted markings for social distancing at bus stops and on footpaths; increased stoppage time for commuter boarding/ alighting; separate gates for boarding and alighting while travelling by bus and metro; cap on number of commuters inside bus/ metro coach; and separate lane for buses. For escalators, especially in metro stations, the guidelines suggests a gap of at least five steps between two users.
Addressing top scientists of CSIR, Vardhan, who is also science and technology minister, spoke about the public sector research body’s role in working with the private sector for clinical trials of antiviral drug Favipiravir – a potential drug for Covid-19 treatment – and its launch in India.
Referring to another antiviral drug Remdesivir, which has recently been approved by US-FDA for emergency use in Covid-19 cases, the minister touched upon the issue of its affordability in view of its patent and said, “It is a bit complex issue which we are unable to figure out at this juncture.”
He noted that since a private drug manufacturing company has patent, it needs to be analysed as to how it would work and whether there is a need to invoke certain clause to deal with the patent issue.
CSIR Director General Shekhar C Mande and directors of its different labs spoke about contribution of the premier public sector R&D body towards bringing out quick solutions (devices and PPEs) to fight the pandemic.
Vardhan also appreciated CSIR for submitting 53 sequences of Covid-19 genomes to the global coronavirus genome database—Global Initiative on Sharing All Influenza Data (GISAID).
“This is the result of a strong partnership between National Centre for Disease Control (NCDC), New Delhi and CSIR Institute of Genomics and Integrative Biology (CSIR-IGIB), representing the largest submission of sequences by far from India. The joint NCDC-CSIR programme will accelerate molecular epidemiology and viral surveillance efforts of India,” he said.

No final decision on resumption of services yet: Railways as zones prepare restoration plans