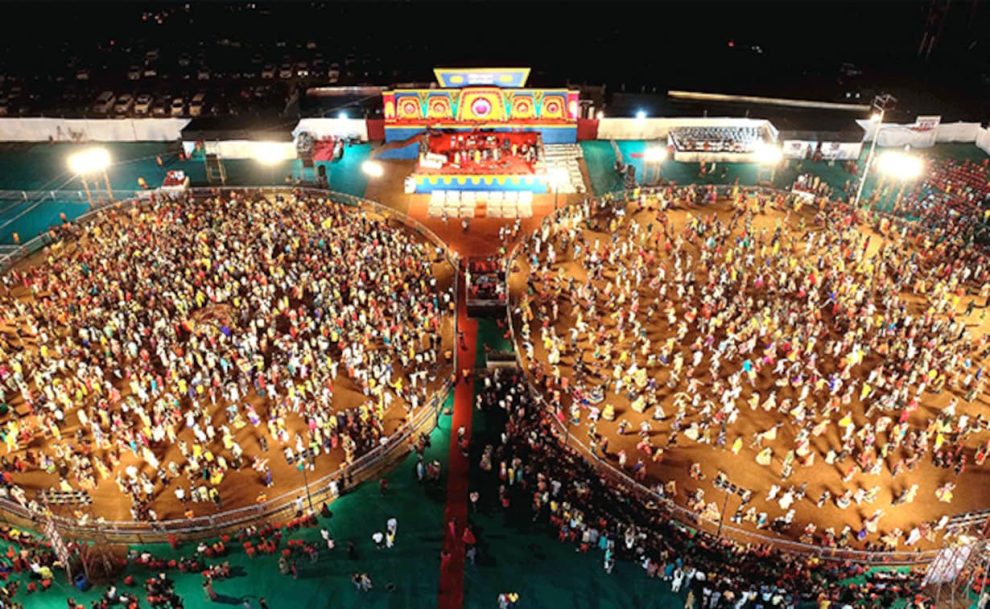 Kheda, Gujarat: At least six persons were injured after revellers at a Garba venue were attacked by some intruders in Gujarat’s Kheda district, police said today.
The police were deployed at Undhela village in the district following the incident on Monday night, said an official.

“A group of people led by two men identified as Arif and Zahir entered the Navratri Garba venue and started causing trouble. They even threw stones,” said Kheda Superintendent of Police Rajesh Gadhiya.

“Six persons were injured. We have deployed police force in the village and efforts are on to arrest the accused,” he said, adding that a home guard deployed at the spot was among those injured.

Stone throwing was reported in the village square where the Garba dance had been organised on the occasion of the Navratri festival, and also on the approach road from a locality behind the venue, the Superintendent of Police said.

Those who indulged in stone-throwing have been identified and the locals were being questioned, he added.

“Will Use Army Hotline” With China If…: Air Force Chief
Russian Officer Suspended After Thousands “Mistakenly” Summoned To Fight War