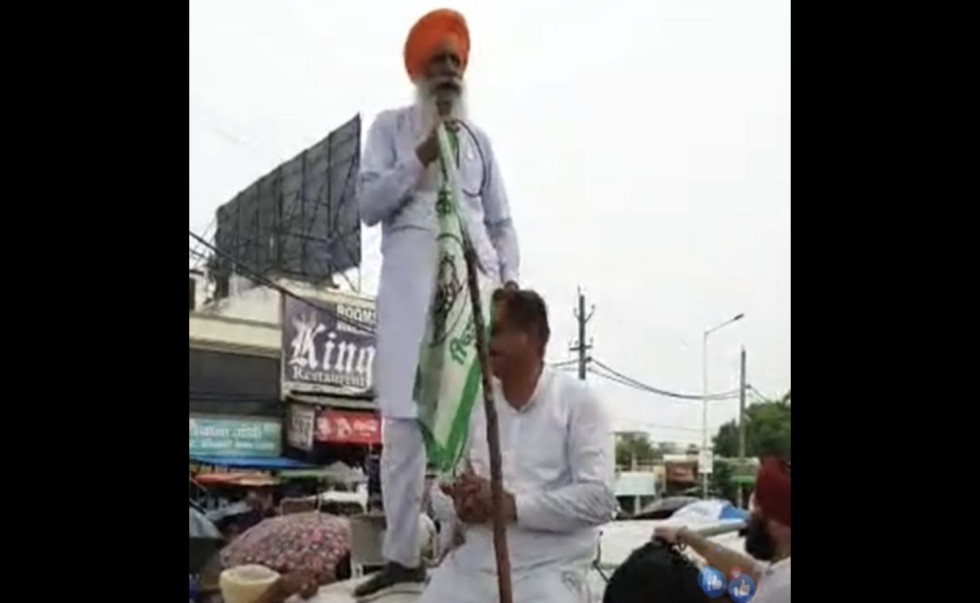 Thousands of commuters were stranded in traffic jams after farmers blocked National Highway-44 that connects Delhi to Chandigarh at Shahbad in Kurukshetra district on Friday in support of their demand of advancing the procurement of parmal rice variety.

Haryana Bhartiya Kisan Union (Charuni) president Gurnam Singh Charuni had given the call and threatened to block NH 44 near Shahbad if the government did not start paddy procurement from September 22.

Amid rain, hundreds of farmers gathered and decided to go ahead with the protest as talks with the administration failed to yield any result. “We cannot wait more as thousands of farmers are already camping in the mandis (grain markets) with their produce for the past couple of days but the government is not ready to start procurement. We are left with no other option but to block the highway,” Charuni said, addressing the farmers after the meeting.

He said that the blockade will continue until the government announces a schedule for the procurement.

Despite heavy police deployment, the protesting farmers removed barricades with their tractors and blocked the highway.

Kurukshetra superintendent of police Surinder Singh Bhoria said traffic is being diverted from NH 44 to link roads and the police deployment is to deal with any untoward incident.

Kurukshetra deputy commissioner Shantanu Sharma said: “A solution to the problem will be found out soon and disclosed to everyone.”

According to government officials privy to the developments, government agencies are to start the procurement from October 1 as per the registration on the Meri-Fasal Mera Bayora portal. Earlier, the government was considering to advance the procurement to September 25, but following the rain it is reluctant to do so in view of the higher moisture content in the crop.

Farmers say most of the parmal varieties take three months to mature and around 30% of the total six lakh hectares under parmal varieties in the state are ready to harvest. Since the parmal rice is procured by government agencies on the minimum support price (MSP) of ₹2,060 per quintal, thousands of quintals of paddy harvested is already lying in the mandis for the past couple of days amid lack of procurement by government agencies.

The officials monitoring the procurement said that the government did not announce any plan to advance procurement from October 1. Even the rain has increased the moisture content and it will take at least a week get the crop ready for procurement.