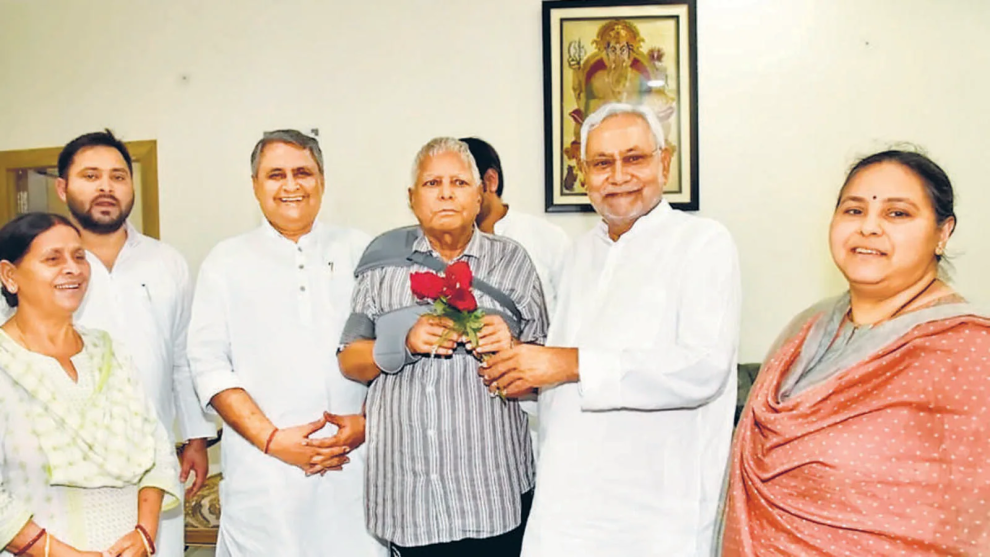 Speaking to reporters in Delhi, prior to his departure for Patna, Prasad said: “We have to oust the dictatorial government (at the Centre). We have to remove Modi.”

The former Bihar chief minister was admitted to the All India Institute of Medical Sciences in the national capital last month after he suffered multiple fractures due to a fall. He was later discharged and was recuperating at the home of his daughter Misa Bharti in Delhi.

Prasad’s remarks against the Modi government are his first since the Mahagathbandhan 2.0 government came to power in Bihar last week, after Kumar’s Janata Dal (United) broke ranks with the BJP-led National Democratic Alliance (NDA) to realign with the RJD, Congress and other smaller parties.

His attack against the Modi government came even as Union minister Gajendra Singh Shekhawat exuded confidence in BJP’s record-breaking victory in the 2024 elections.

“The manner in which the popularity of Prime Minister Narendra Modi is increasing continuously in the country, it is evident that people want him to win again. In 2019, we increased 314 from 282, I think this time this journey will end by going beyond 350,” he said.

The party is aiming to win 35 seats in Bihar, he said. “In Bihar, we have set a target of 35 seats. BJP will perform 100 per cent. History has been repeated before and this time it will be repeated again. It will be a new record this time,” he said.

After arriving in Patna on Wednesday evening, Prasad chaired a meeting of party legislators at the residence of his wife and former chief minister Rabri Devi. He reminded the legislators of their duties in the new set-up, party functionaries said.

Kumar later walked down to Rabri Devi’s residence right across the street from his official residence to meet the RJD chief. He was accompanied by finance minister and close aide Vijay Kumar Chaudhary.

Kumar wished Prasad a quick recovery, according to RJD leaders. The duo spoke for half-an-hour. “They had a conversation about the contours of the Mahagathbandhan government and the underlying message was of unity and the need to work together for the development of the state,” a senior JD(U) leader said, seeking anonymity.

Last week, Kumar too had attacked Modi, saying the Prime Minister should “worry” about the prospects of the NDA in the 2024 Lok Sabha elections.