'He is a must in that Indian line-up': Gilchrist on Pant vs Karthik debate - Govt.in - Telling the truth- always! 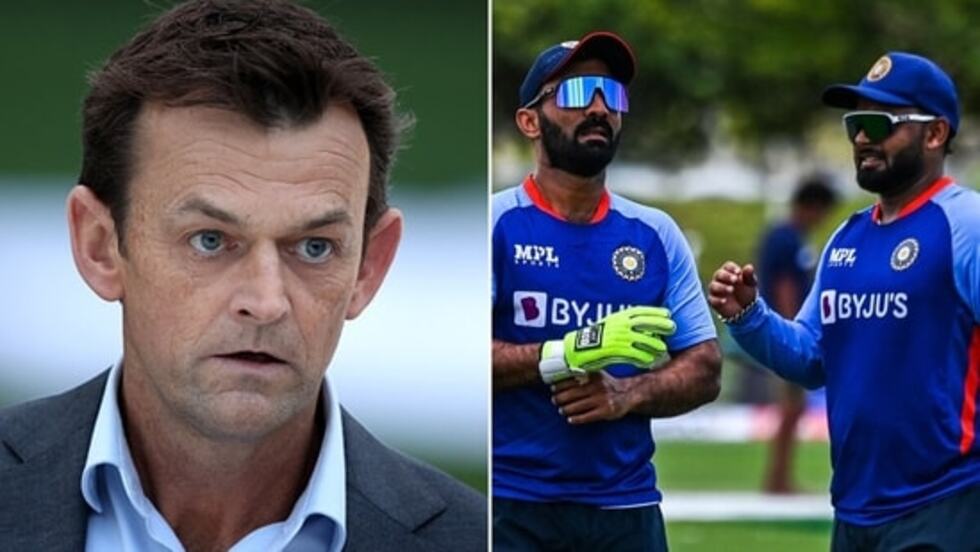 With India currently grappling the highly-debated Rishabh Pant vs Dinesh Karthik situation, who better than Adam Gilchrist to offer a solution.

Adam Gilchrist knows a thing or two about keeping wicket and making an impact with the bat at the same time. Gilchrist, along with MS Dhoni, has one of the greatest wicketkeeper batters of all time, and while the likes of Quinton de Kock, Mohammad Rizwan and Rishabh Pant are making a strong mark today, they still have a long way to go before matching the Australian legend. Gilchrist was one of the pillars behind Australia’s dominant run from late 1990s to the mid-2000s and his attacking nature of batting, coupled with solid work with the gloves behind the stump, paved way for the future generations for wicketkeeper batters.

So with India currently grappling the highly-debated Pant vs Dinesh Karthik situation, who better than Gilchrist to offer a solution. Both Pant and Karthik have been named in India’s T20 World Cup squad, but it seems as if only one can play given the batting-heavy line-up the Indian team possesses. Lately, there have been several toss-ups between Pant and Karthik, with both getting tried but neither able to cement his place in the Playing XI. However, going by the latest trend, it seems as if the management is slightly more inclined towards Karthik. Weighing in on the topic, Gilchrist feels that no matter what the situation is, he is not in favour of benching Pant.

“The dare of Rishabh Pant and the courage for him, the way in which he takes on bowling attacks. I think he’s got to be a must in that Indian line-up. They can play together, but I think Rishabh Pant has definitely got to be in there,” Gilchrist said told ICC.

Pant was dropped for India’s opening game of the Asia Cup 2022 against Pakistan with Karthik getting the nod ahead of him. In the next game against Hong Kong, with India resting Hardik Pandya, both wicketkeeper batters had a go. Pant then featured in the game against Sri Lanka before getting replaced by Karthik against Pakistan in the Super 4 stage. He then returned again for the Afghanistan tie but was not included in the XI for the first T20I against Australia at home, with captain Rohit Sharma preferring Karthik.

able to do much with the bat. While Pant has raised his ODI game after already excelling in Tests, T20Is have remained a struggle for the India youngster; whereas for Karthik, he has been shaped by India to be their finisher at the T20 World Cup. India do have the option of including them both in the Playing XI, but is that a risk the management should take? Gilchrist answers.