'He would probably be batting at no.3': Ex-Indian batter predicts huge batting order change in 1st ODI against Zimbabwe - Govt.in - Telling the truth- always! 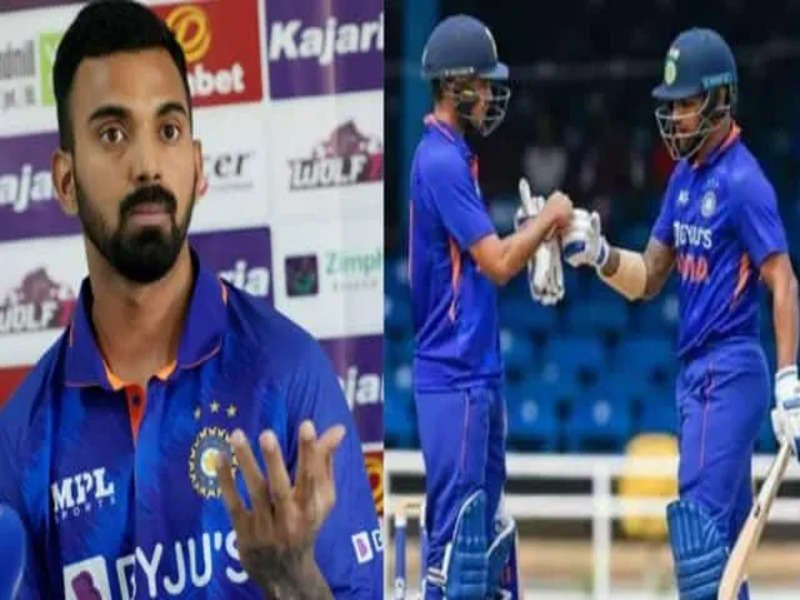 Team India will return to action with the ODI series against Zimbabwe, which starts August 18. India’s star batter KL Rahul will return to action with the series, and will also lead the side in the three ODIs. With Rahul’s late inclusion in the side, India has become top-heavy with the likes of Shikhar Dhawan, Shubman Gill, Ruturaj Gaikwad, and Ishan Kishan already in the squad. In the presence of multiple openers, the team management faces a dilemma over the side’s opening combination.

Shubman Gill produced a player of the series performance in India’s last ODI series against West Indies, while Shikhar Dhawan is unlikely to change positions in the XI. That might leave KL Rahul to shift to middle-order but according to former Indian cricketer Paul Valthaty, that move would be unlikely. The former batter believes that Rahul should be playing in his natural role, as he is making a return to the side after a long time.

Rahul last played for India in February earlier this year.

“KL is making a comeback. He is the designated vice-captain of the team. Once he was fit, it was quite clear he would be taking the reins of captaincy. I personally think KL Rahul would be opening the batting alongside Shikhar and that the team management would be tilting towards the left and right combination,” Valthaty told Hindustan Times.

The former batter also believes that Shubman Gill might play at no.3.

“Yes, Shubman Gill had a wonderful series in the Caribbean Islands. He probably would be batting at no.3 is my take, but we would know when the first ODI is underway.”

Whatever may be the case, Valthaty believes that cricketers are prepared to take over any role, and in Rahul’s case, the former Indian cricketer says he would be switched on in any role he takes when the series begins.

“Comebacks, as you said, are always tough, be it form related or injury related. But these guys are seasoned campaigners, they have played cricket for 10-12 years. So, they know the kind of expectations that they carry. And KL has been an absolute performer. I’m sure, once it’s game time against Zimbabwe, he would be switched on,” Valthaty said.