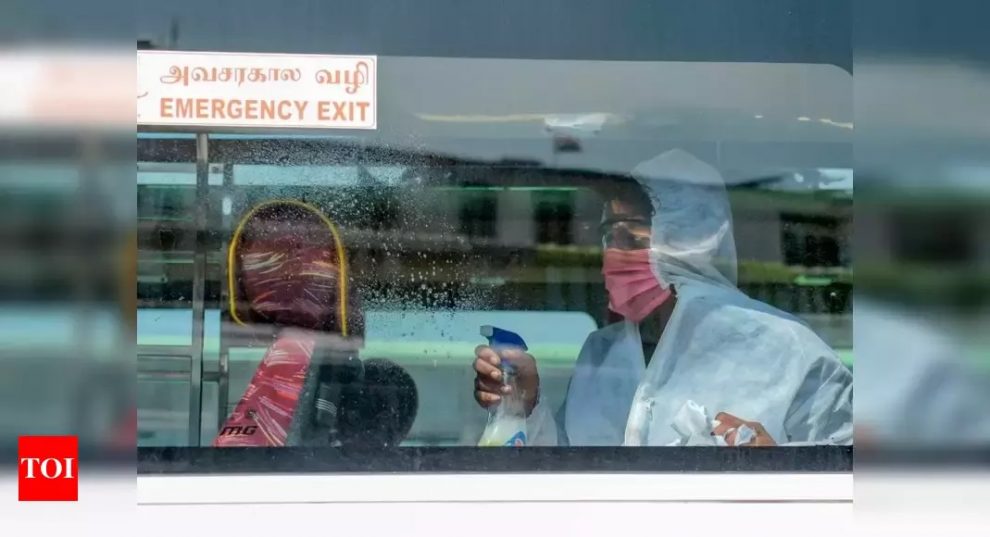 NEW DELHI: Many Indians have been praying for an early onset of peak summer this year in the light of some studies that have shown that transmission of Covid-19 infections may slow down in high heat. That hope may be dashed, with met department forecasts showing that the chances of summer setting in early are low.
Temperatures across most of India are likely to remain below normal at least over the next two weeks, the India Meteorological Department’s extended range forecast reveals. The forecast, which gives weekly outlooks for the next 28 days, shows that the probability of the mercury hitting 40°C, even in central India, are low till the second week of April.
Summer arrives earlier in south and central India than the north because these regions are closer to the equator. “Several parts of north and central India rainfall are likely to get rain over the next two-three days under the influence of very active back-to-back western disturbances (WDs). Again, next week, some rain is expected in north India, particularly over the Himalayas,” said Mrutyunjay Mohapatra, head of IMD.
Mohapatra added that temperatures aren’t expected to rise significantly over most parts of India over the next two weeks or so. A recent analysis by scientists at the Massachusetts Institute of Technology had shown that coronavirus infections may transmit at the slower rate in places where the weather is hot. The study is not definitive, nor has it been peer reviewed.
In general, the high summer period in India sees the least number of virus infections.

Railways issues ‘restoration plan’ to zones, asks to prepare for resumption of services from April 15

Those who die due to epidemic are martyrs, their last rites must be performed immediately: Owaisi