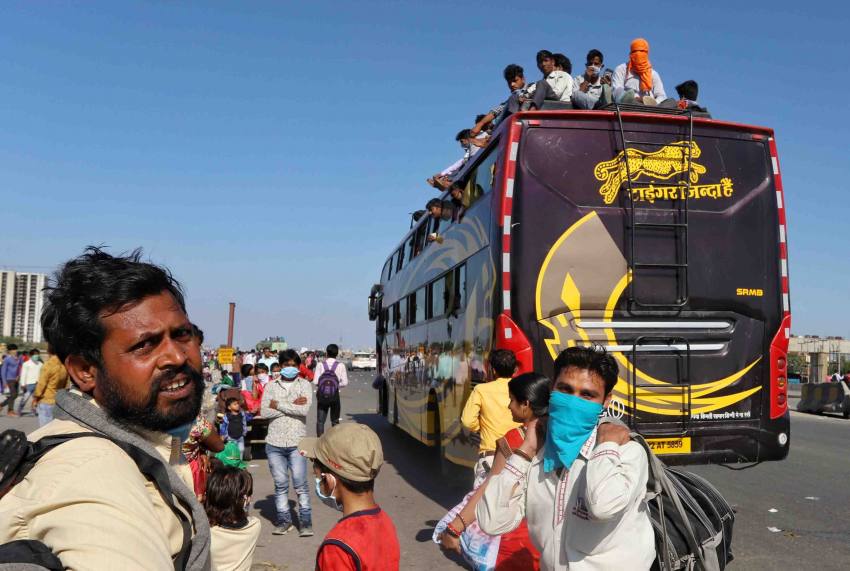 NEW DELHI: Countering the government’s charge that states run by Congress have been reluctant to repatriate migrant workers, a senior party functionary asserted that the party has leveraged maximum relief work where it is in office. The functionary also alleged “non-cooperation” from a couple of “friendly” states besides managing a good impact in Gujarat, Haryana and Telangana.
According to the data compiled by the AICC, Punjab has run 130 trains to ferry migrants, pilgrims and students, accounting for nearly 1.73 lakh people. The state has a large concentration of migrant labour working in industries and agriculture. Rajasthan engaged 31 trains while Chhattisgarh utilised 23 trains to ferry people.
Rajasthan has also sent two and half lakh people home by bus while Punjab used over 11,000 buses to transport people. The three states have Congress governments.
“It created a lot of hurdle for us. Kerala and Maharashtra were the most non-cooperative states. Karnataka waffled as it came under pressure from lobbies against sending migrants home. Similar issues cropped up in Gujarat. However, in less than a fortnight, we managed to do well,” the senior party leader claimed.
The Congress functionary added that the party had sponsored a good number of passengers adding up to 35 trains in Gujarat, 10 in Telangana and seven in Haryana. The three states are known as magnets for migrants because of their booming industries and agriculture.
As per party data, it has done well in providing food kits, cooked food and corona protection kits to locals, poor and migrants.

No time to lose, time to act fast: P Chidambaram to PM on coronavirus