Here are the 5 new features of Oppo coloros - Govt.in - Telling the truth- always! 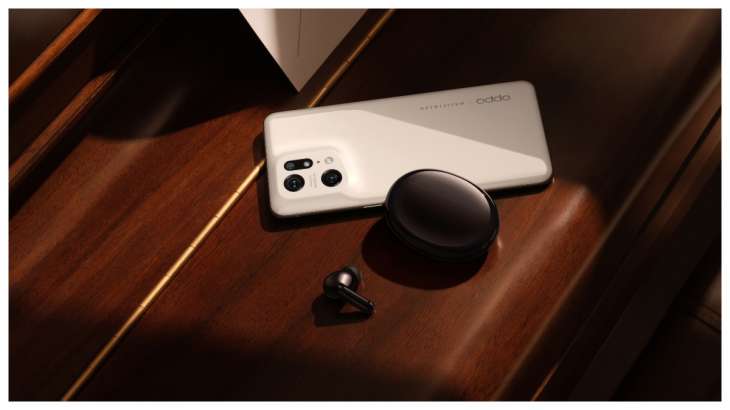 Oppo unveiled its Android 13-based ColorOS 13 today, and the public beta version will start rolling out to a bunch of devices this month

Oppo today launched it’s Android 13- based ColorOS 13, and this month a number of smartphones will begin receiving the PublicBeta Version. The business says that the newest version of ColorOS has an “Aquamorphic Design” that alters the “colour of light between sunrise and sunset at sea level”, and has a more simplistic user interface. To retain readability, the texts are also getting bolder and more noticeable this time. You can find out at your nearest Amazon store for Rs 14,990 only.

Oppo provided us with access to the ColorOS 13 beta on its most expensive Oppo Find X5 Pro, which is still not available for purchase in India. However, more Oppo smartphones will get beta access starting the following month. Additionally,  the ColorOS 13 Beta will be made available in October for devices such as the Oppo Reno 8 5G, F21 Pro, and the entry-level Oppo K10 5G.

Let us have a look over these top 5 features that the ColorOS 13, which is based on Android 13, is bringing to you:

Beginning with the Control Center drop-down panel, this section now collects alerts from bottom to top rather than the other way around. Coincidentally, Apple’s new iOS 16 for iPhones includes a similar update.

The texts are stronger, as said, which I appreciate but it may not be to everyone’s taste. The Wi-Fi, phone, and music player cutouts in the Control Center have all been enlarged. Once more, this is strikingly similar to Apple iOS 15, which was released last year. Oppo has chosen to add three vertical dots for more possibilities in the top right corner. The notification panel can be customised by users here.

It’s kind of good that ColorOS 13 doesn’t dramatically alter the icon for native apps. The app icons’ contrast is a little bit soft, which makes them more aesthetically pleasing.

There are 19 static wallpapers included with ColorOS 12 and ColorOS 13, while 17 live wallpapers are included to more prominently display the version’s Aquamorphic theme. Personalization has been renamed to Wallpapers and Styles under Settings, which is a more approachable name. The choices available in these settings largely remain the same.

The always-on display setting’s Portrait Silhouette has been renamed to Canvas, which many OnePlus users will recognise. Additionally, a brand-new collection of AoD photos titled “Homeland” features natural settings with wild creatures. These animations, according to Oppo, are based on daily temperature variations and will aid users in recognising the effects of climate change and the planet we inhabit.

To deliver a variety of services, Oppo has worked with companies including Bitmoji, Spotify, Swiggy, and Zomato, a variety of practical and customised experiences via the Smart Always-On Display. In addition, Apple is developing a similar update for its future iOS 16.

A few minor design changes will be made to the native camera. I appreciate that Oppo ColorOS 13 keeps the camera settings’ dirty lens warning. Otherwise, there aren’t many significant changes to the UI, particularly when it comes to the camera (yet). I haven’t yet tested the camera’s full capabilities or whether the app is being optimised for the most recent Android 13 version.

Due to the fact that ColorOS 13 is based on Android 13, a number of much-needed security upgrades are now available. I like these updates as a longtime iPhone user, but there is still a long way to go for their Android counterparts.

First, with just one tap, the Auto Pixelate feature can recognise and automatically blur out the profile photographs and names in chat snapshots. Users of ColorOS 13 can even select from three pixelation/blur choices.

The fact that consumers do not have to grant access to the full photo library is crucial. Additionally, the clipboard deletes private data like email addresses, phone numbers, or login passwords automatically “after a period of time.” These features are directly lifted from Android 13 by Oppo’s ColorOS 13.

According to Oppo, the Dynamic Computing Engine makes its debut in ColorOS 13. In addition, to the longer battery life, ColorOS13 gains the ability to run more apps in the background, thanks to the engine.

iPhone 13 gets flat Rs 9,000 discount on Amazon, but should you buy it or wait for iPhone 14?
J&K BJP slams parties raising issue of ‘non-local’ voters