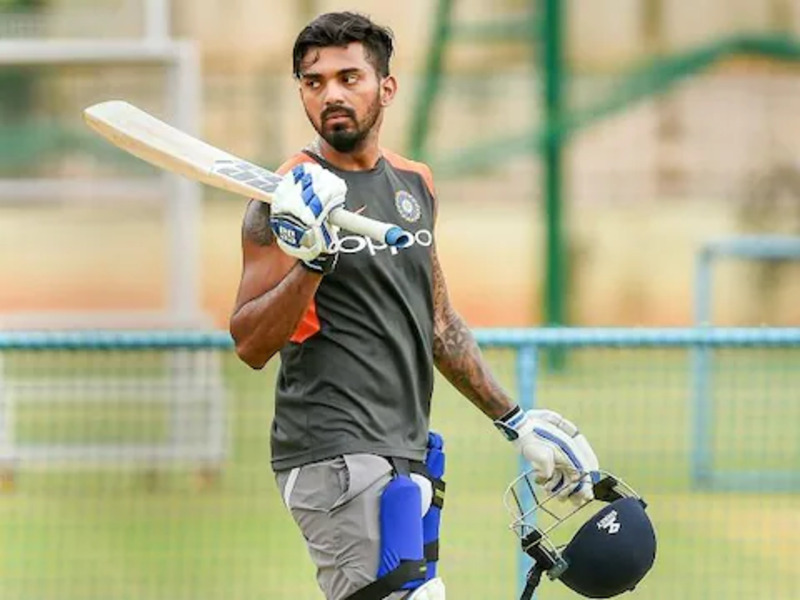 The last time India toured Zimbabwe, back in 2016, KL Rahul got a taste of the highs and lows on his limited-overs debut at Harare Sports Club. He made an unbeaten century in a successful chase in his first ODI, but a week later, was bowled for a golden duck on his T20I initiation at the same ground.

Six years later, how much he has come to matter to Indian cricket is evident by the fact that Shikhar Dhawan had to step aside as captain for this three-match ODI tour as soon as Rahul was passed fit. He’s established himself as one of the handful of all-format players in the country and now returns to where it all started, pencilled in as captain after a near three-month injury and illness layoff.

“Great memories from this ground, my ODI and T20 debut happened here in Harare. Coming back here after so many years and getting the opportunity to lead your country, it is very pleasing, you see how much you have grown and how far you have come as a cricketer and an individual, that gives me great joy,” Rahul said on Wednesday ahead of the first ODI in Harare.

It has been a bit of an up-and-down year for Rahul. He ended up leading India for the first time, in four games in January on the South Africa tour – the Johannesburg Test and the three ODIs – and ended up losing all four. He had another prolific Indian Premier League with the bat and also led debutants Lucknow Super Giants to the playoffs. Then came surgery for sports hernia followed by a bout of Covid, and speculation over his fitness with the Asia Cup and T20 World Cup looming.

Now that he is back in the national set-up, all three aspects – his batting (and batting position), captaincy and fitness – will be points of interest on an otherwise lightweight tour.

In the past couple of years, Rahul has been moved to the middle order in ODIs, with success. But when he was captain in South Africa, he opened the innings in all three ODIs, before returning to the middle order against West Indies at home under Rohit Sharma. Now that he is captain again, where will Rahul bat? And will the upcoming T20 World Cup, a format in which he bats higher up the order, influence his batting position here? In addition to Dhawan, India’s squad also has options in Ruturaj Gaikwad and Shubman Gill, who was impressive at the top of the order in the West Indies last month.

At Wanderers, there was a sense that Rahul wasn’t as intense as the man he had replaced – Virat Kohli – and perhaps let the game drift at times. However, that was his maiden Test as captain and he has had more experience leading in franchise white-ball cricket.

“I feel when a captain is true to himself, that spreads to the players. I am a calm person so I cannot go out there and try to be something else, I don’t think that is fair to myself, the team or the game,” Rahul said on his leadership style. “I try and be myself and let the other players be themselves, and express themselves as they want to. There is no pressure on anybody to be anybody else or to be different.”

‘Letting players be themselves’ appears to have become one of the more-used phrases in Indian cricket since Sharma took over as full-time captain, and Rahul too has now promised more of the same. The stand-in skipper also pointed to how he had been brought back immediately after recovering, and as captain too, as a measure of the faith the decision-makers had in players.

“When your selectors, captain, coach back you, it gives you so much more confidence when your support team is believing in you; you may have had a two-month gap but they have not forgotten what you have done for the team and for the country for the last two-three years. Your mindset gets clear, you can focus on the things that are necessary, your game, your skill. Players thrive more when you create a comfortable environment,” Rahul said.

Among the ones looking to thrive in Zimbabwe will be Deepak Chahar, who has been out of action since February and consequently fallen behind Bhuvneshwar Kumar in the race for a T20 World Cup spot. Chahar’s boundary-hitting ability makes him an asset in a line-up short on bowlers who can bat. He has also worked on his hitting during his injury rehabilitation at the National Cricket Academy in Bengaluru. But his late audition for Australia will begin straight away with 10-over workouts against Zimbabwe in sunny weather.

“We played last time here in June, I remember it was a lot cooler and conditions were a bit different,” said Rahul. Nevertheless, a 9.15am start will mean some early assistance for seamers and that will play to Chahar’s strengths. Zimbabwe did chase down 291 and 304 in successive ODIs against Bangladesh at the start of this month, but even this second-tier Indian attack boasts of the likes of Mohammed Siraj, Avesh Khan, Prasidh Krishna and Shardul Thakur, along with Chahar, and they pose an altogether different threat to the hosts.

One man who appears to be almost always on the comeback trail in recent years is Kuldeep Yadav. He’s played a solitary T20I, in Miami earlier this month against West Indies, since the IPL and hasn’t featured in an ODI for more than six months. ODIs may be losing relevance in the age of T20s but certainly not for Kuldeep, who is preferred more in the middle format these days. With Axar Patel the only other frontline spinner in the squad, the chinaman bowler may get a decent run for once.

If India can come out with a few satisfactory answers about Rahul, Chahar and Kuldeep, this short tour squeezed in just before the bigger games of the Asia Cup may have some bearing on their T20 World Cup build-up.