Hima Das has not won Commonwealth Games gold yet, viral video is from 2018 - Govt.in - Telling the truth- always! 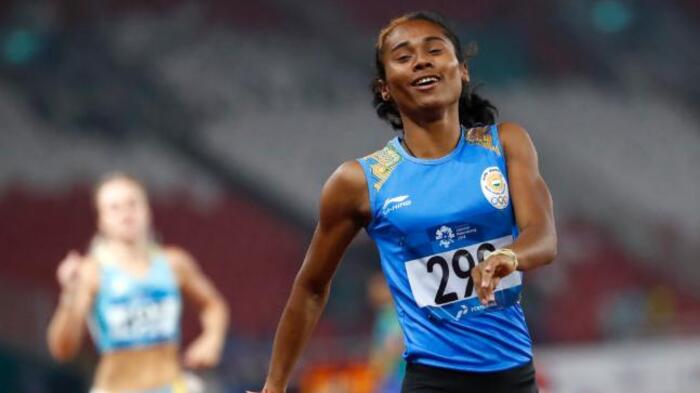 Weightlifter Sanket Mahadev Sargar opened India’s in the Birmingham Commonwealth Games by winning a silver medal in the 55 KG category on SaturdayMeanwhile, several users are busy congratulating sprinter Hima Das instead of Sargar, claiming that she has won the gold medal in the 400m race. The claim is made along with a video of n action — a contest in which she is seen outclassing her rivals.Archived versions of such claims can be seen.

At 1:30 timestamp, the commentator is heard saying, “…history made in Tampere.” Around the two-minute mark, he goes, “…the Indian flag would fly proudly and historically here in Finland.”As the ongoing Commonwealth Games is happening in England’s Birmingham, this was enough to question the authenticity of the claim.We also noticed ”Tampere 2018” was mentioned on the performance card that popped up on the screen after Das finished the race.

Reports by further noted that Das achieved this feat while clocking 51.46 seconds to cover 400 meters. At the time of that event, Das was only 18 years old.We also found the full-length video of Hima Das’ race on the official YouTube channel of World Athletics. The title confirmed that the event took place in 2018.