"Will Withdraw Campaign In Bihar If...": Prashant Kishor - Govt.in - Telling the truth- always! 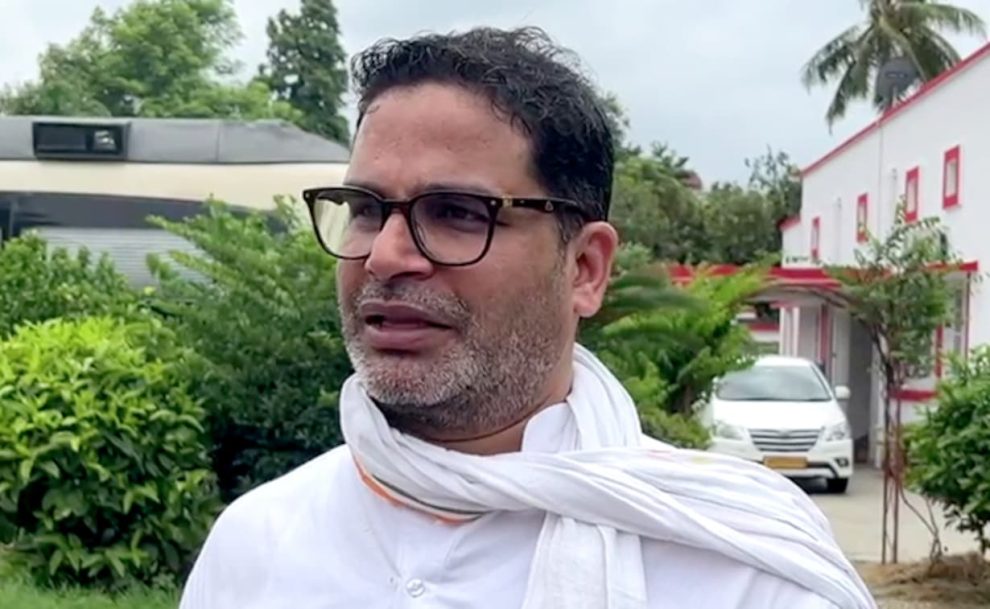 Samastipur, Bihar: Poll strategist-turned-politician Prashant Kishor on Wednesday asserted that if the newly formed ‘Mahagathbandhan’ government in Bihar provides five to 10 lakh jobs in the next one or two years, he would withdraw his ‘Jan Suraj Abhiyan’ and extend support to the Nitish Kumar dispensation.

Addressing his supporters in Samastipur on Wednesday, Mr Kishor, once a confidant of Kumar, also claimed that the RJD-JD(U)-Congress government does not enjoy the support of people.

“Nitish Kumar uses ‘Fevicol’ (adhesive brand) to stick to the CM’s post, while other parties continue to revolve around it,” he said.

Deputy Chief Minister and RJD leader Tejashwi Yadav had recently said that his party, as part of the new government, would deliver on the promise of providing 10 lakh jobs, made during 2020 Assembly elections.

Mr Kumar, during his Independence Day speech at Gandhi Maidan, too, said, “We aim to provide jobs to 20 lakh people in government and private sectors of the state. People of the new generation (Tejashwi Yadav) are with us; hence, we will jointly work to provide jobs. Our goal is to place Bihar in the category of developed states.”

Responding to the promises made by the Grand Alliance government, Mr Kishor said, “I will withdraw my ‘Jan Suraj Abhiyan’ and extend support to the Nitish Kumar government, if five to 10 lakh jobs are provided in the next one to two years.” He predicted more upheavals in the state’s political scenario before the next assembly polls.

“It has been only three months since I entered the political arena in Bihar, and the politics in the state took a 180-degree turn. The state will witness more political upheavals in the near future.”

Mr Kishor, who was earlier a part of the JD(U), had announced earlier in the year that he would launch ‘Jan Suraj Abhiyan’ to establish regional connections, find out about problems faced by the people of Bihar, and provide possible solutions to them.