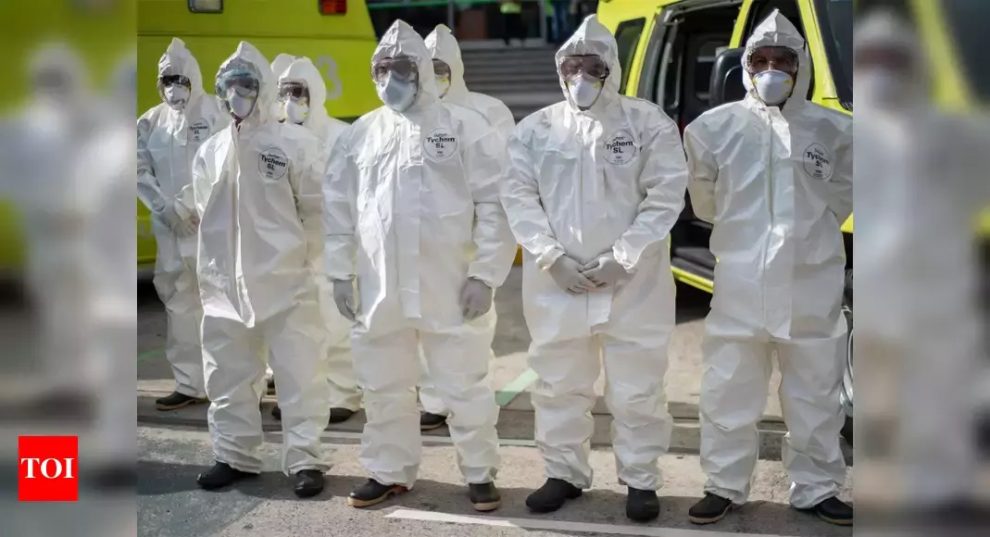 NEW DELHI: At least nine casualties have been reported so far in India due to novel coronavirus, as per the data of Health Ministry. The first death was reported from Kalaburagi city of Karnataka on March 12.
A 76-year-old man died due to co morbidity condition such as hypertension, asthma and diabetes, and had also tested positive for COVID-19 according to the Ministry of Health and Family Welfare.
Similarly, the second death in the country was of a woman, which was reported from Delhi, on March 13, also died due to comorbidity condition. According to the Health Ministry, the woman was 68-year-old and was a known case of diabetes and hypertension. She had come in contact with her son who had travelled to Switzerland and Italy between February 5 to February 22 and had returned to India on February 23 and was asymptomatic after he returned to the country.
Coincedently she got the disease from a male-her son.
Another casualty due to coronavirus was reported from Bihar where a patient who also had kidney-related problems has died in Patna on March 22. The person belonging to Munger district had returned from Qatar, the health officials informed media.
In Maharashtra at least 4 persons died within a week. All the diseased persons, two of which were 63 years of age and one was 65. Another person was also in his 60s. All people who lost their lives, had other health complications like blood pressure, diabetes, and heart problems. A 72-year-old man in Punjab who had returned from Germany via Italy died due to the coronavirus virus.
A 55-year-old man from Kolkata died on Monday due to Coronavirus and cardiac arrest. He was in his 50s. A 69-year-old Tibetan man who recently returned from the US also died on Monday.

A person died in West Bengal who was 57 years old, surprisingly he was also a male.
There is one common thing in all these casualties that most of them are men, in their 50s or 60s and almost all of the deceased had comorbid conditions. Only one person who died in Bihar, was younger as compared to other diseased persons.
A similar data was received from China where the outbreak of Novel coronavirus was first reported. Dr. Randeep Guleria, Director, All India Institute of Medical Sciences (AIIMS), Delhi, had also told IANS earlier, that from the data that the medical community has studied so far it appears males are more prone to get the infection rather than females. Surprisingly so is the case here in India too. All are males except one. Gularia suggested that more of such data was required to reach at this conclusion.
Speaking to IANS Dr P. Venkat Krishnan working at internal medicine department of Paras Hospital in Gurugram, said, “It has been seen that whenever a new virus enters a country, the extreme age groups are more vulnerable to death. Same is the case with corona. The risk factors increase in elderly because they are the ones who are frail and their ability to fight infections also get compromised. People are living longer but they are not completely healthy because of the rise in Non Communicable Diseases (NCDs) in our country. So, elderly people with ongoing illness should take extra precaution in this scenario. They should remain outdoors and take their medicines on time.”
Similar thoughts were shared by Dr.Gyan Bharti, pulmonologist of Columbia Asia Hospital in Ghaziabad. “While elderly people living at home can prevent getting infected by following the health protocol maintained, those living in commune, such as an old-age home, remain vulnerable as they receive more visitors i.e. friends and families. At this point, they should communicate with their friends and families through phone, since meetings would expose the elderly to potential carriers of the virus,” he told IANS.
The doctor stated, “elderly people are more likely to have comorbidities such as diabetes or diseases of heart, lung, or kidney that weaken their body’s ability to fight infectious disease. Also, many of them live in isolation and do not have access to information such as dos and don’ts.” He suggested that the elderly people should be in touch with their doctors for their annual check-ups, and if possible, they should delay such appointments until the outbreak is controlled.

India may see up to 13 lakh cases of coronavirus by mid-May, scientists warn
CCMB likely to come up with cost-effective Covid-19 diagnostic kits

Sunday blackout: All your questions answered

AAP to give Diwali gift to every Delhiet- Odd-Even Is Back!