Humans Have Dumped Over 7,000 Kg Of Trash On Mars: Study - Govt.in - Telling the truth- always! 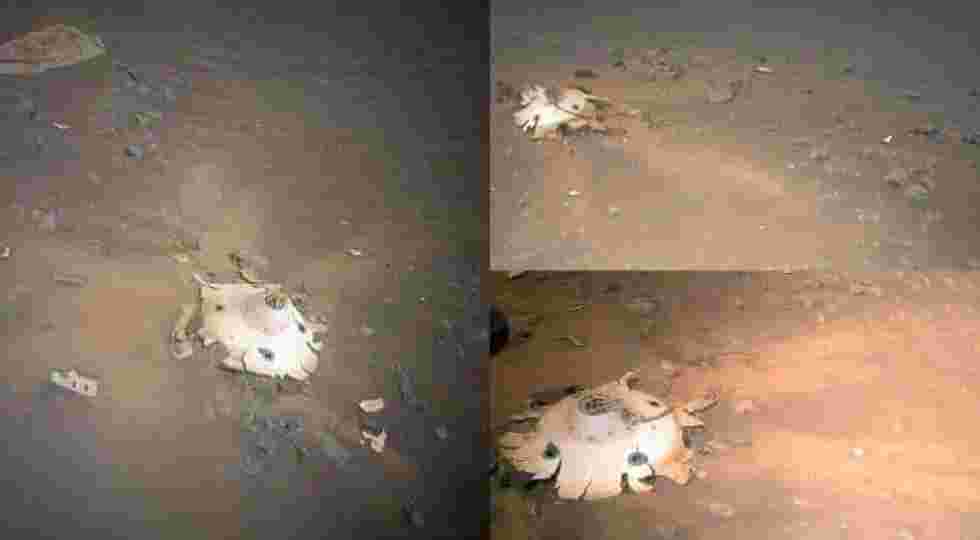 Since mankind first laid eyes on Mars as a star-like object in the night sky, it has always drawn human attention. This is true of both Indian myths and Hollywood sci-fi blockbusters. About 50 years ago, humans began exploring Mars, and by the 2030s, NASA hopes to send a human mission there for the first time.
Although it is still a long way off for humans to step foot on Mars, we are not lagging behind in our efforts to litter the red planet and make it more like Earth.

According to Cagri Kilic, a postdoctoral research fellow in robotics at West Virginia University, “the adventurous robotic explorations by human beings have already left more than 7118.6 kilogrammes of human waste on the red planet.”

The mass of all Mars rovers and orbiters was analysed to arrive at this estimate, which was then subtracted from the mass of the ones that were still operational.

Different nations have sent 18 human-made spacecraft to Mars over 14 different missions, according to the United Nations Office for Outer Space Affairs.

NASA announced in mid-August 2022 that the Perseverance Mars rover had discovered a piece of garbage that had been thrown after landing. And that was not the first time that researchers have discovered garbage on Mars. There is a considerable amount of trash debris there.

Mr Kilic further said, “Debris on Mars comes from three main sources: discarded hardware, inactive spacecraft and crashed spacecraft. Every mission to the Martian surface requires a module that protects the spacecraft. This module includes a heat shield for when the craft passes through the planet’s atmosphere and a parachute and landing hardware so that it can land softly.”

Another big source of garbage are the fragments of destroyed spacecraft.

At least two spacecraft have crashed, while four more have lost contact just prior to or immediately following landing.

According to Kilic, the littered material on Mars’ surface might affect upcoming Mars missions.

There are worries that the trash could taint samples that the rovers obtained or perhaps become entangled in the material.