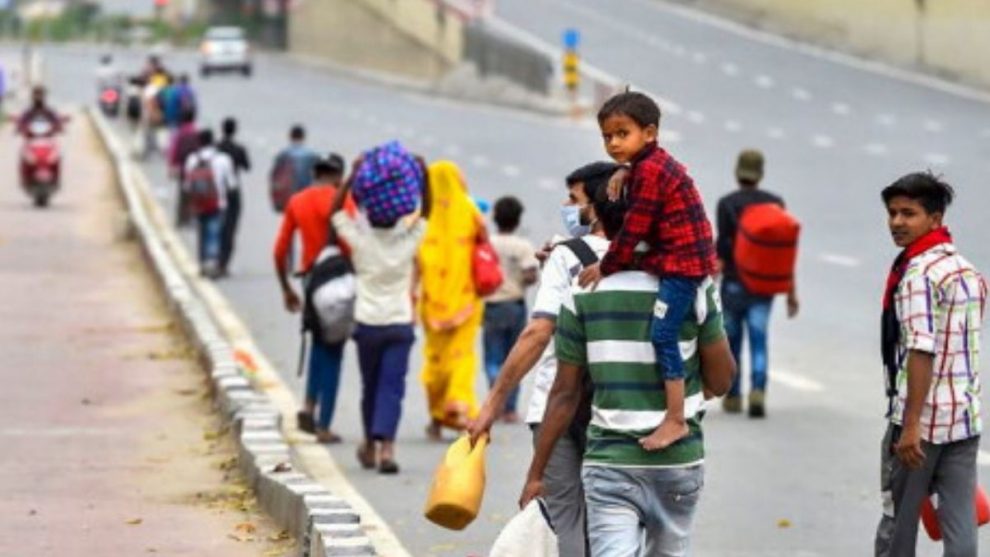 LUCKNOW: Many of over 4,200 migrant workers of UP and their family members who were ferried through four Shramik Special Trains on Monday, said that they had been charged for the journey. They were sent to their native districts through buses arranged by UP State Roadways Transport Corporation.
“In Vadodara I survived two days without having a single meal before being quarantined for 30 days. I had Rs 800, of which I paid Rs 655 to an officer who gave us a ticket,” said Kanpur resident Prateek Kumar, who worked in a footwear showroom. He reached Lucknow on Monay evening.
While two trains which terminated at Lucknow arrived from Nagpur and Vadodara, the other two, which went till Gorakhpur, had started from Bhiwandi and Vasai Road. On Sunday, over 2000 workers had come from Nashik and Ahmedabad to Lucknow and Kanpur.
Vishal Kumar, Maharajganj native, recalled his 350-km journey on foot from Nanded, where he worked, to Nagpur. “I had Rs 200 in my pocket and was planning to walk to UP, but on reaching Nagpur on April 3, police took us to quarantine centre where we spent 30 days before special train brought us to Lucknow,” he said.
The train from Nagpur arrived at Lucknow at around 8.30am carrying 970 workers. They were organised in two queues and thermal scanned to measure body temperature. Worker were then given food packet and after recording whereabouts, guided to 44 buses which took them to their native places. Similar drill was followed with about 1200 workers that arrived in the evening from Vadodara and were sent home on 60 buses.

Tamil Nadu: Teacher Beaten Up For Having Sex On School Premises