I said 'Virat, that's enough'. He asked 'Why? Are you tired?': Sridhar's Kohli memory which he will 'take to grave' - Govt.in - Telling the truth- always! 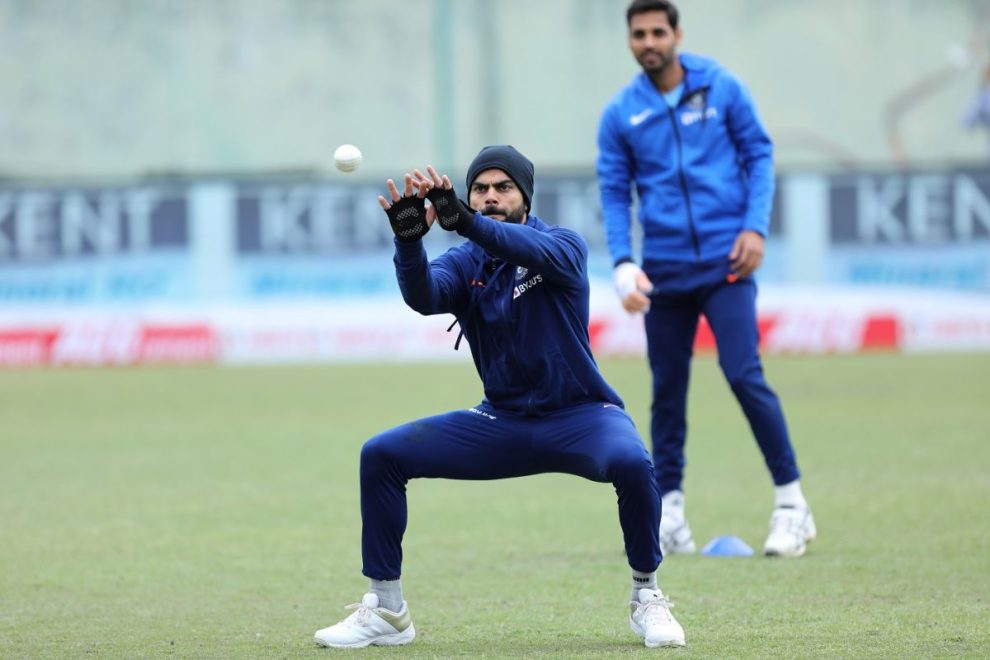 Star batterVirat Kohli  is easily one of the safest and brilliant fielders of the Indian team. Barring the few lapses here and there, Kohli’s stunning reflexes and fitness have been a boon for him, especially while fielding. He has taken mind-blowing catches left, right and centre and although there have been occasions where he has put down sitters, Kohli has been a beast and taken catches that many of his Indian teammates simply cannot. However, the road to Kohli becoming a fine fielder and catcher wasn’t easy. India’s ex-fielding coach R Sridhar has revealed that Kohli initially was not a great slip catcher, and that the former captain has worked extremely hard over the years to become the fielder he is now.

“Virat Kohli has gone on to become one of India’s better slip fielders purely with practice. He was not a very good slip fielder initially because he was too energetic – he was a bundle of energy – and that is Kohli. Not that he is not energetic now. He is still very much there but he is able to know when to be calm and he has channelled his energy better. But I am telling you it’s practice,” Sridhar told Cricket.com.

Sridhar then recalled a memory which the former India coach claims he will ‘take to his grave’. Sridhar explained Kohli’s work ethic, especially when he was fielding, saying no amount of sessions could tire out the former India captain. Looking back at the fielding drills he and Kohli would be a part of, Sridhar said that there would be instances when he would get tire but Virat would show no signs of slowing down and would be willing to go on further.

I have had sessions with him when I have got tired, and I said ‘Virat, that’s enough’. But he would ask ‘Why, are you tired? I want to catch more’. And I am like going on and on… nicking 100 of catches to him. And it’s not just a one-off day. Every series. There are a few days where he takes more than 100 catches on session. And the energy with which he does it is mind boggling. For me, that’s sight which I will take with me to my grave… Virat Kohli practicing,” Sridhar mentioned.

And even for slip catching… hundreds and hundreds of catches. Be it Brisbane, Ahmedabad, Southampton. Wherever he is. When it comes to fielding, the intensity with which he does it is a lesson; he is a template for any young cricketer to follow. He wants it fast, very specific… ‘give me more to my left, to my right. More one-handed, two-handed. And if he things the ball is coming too slow, he would take a few steps forward and challenge his reaction.

16 arrested in connection with “death threat” to Siddaramaiah
‘No bowler wants to bowl to Virat Kohli when he crosses 15-20 runs’: Chahal’s bold claim on former India captain