'If BJP takes credit for Gujarat, who is responsible for Morbi?' Owaisi's latest - Govt.in - Telling the truth- always! 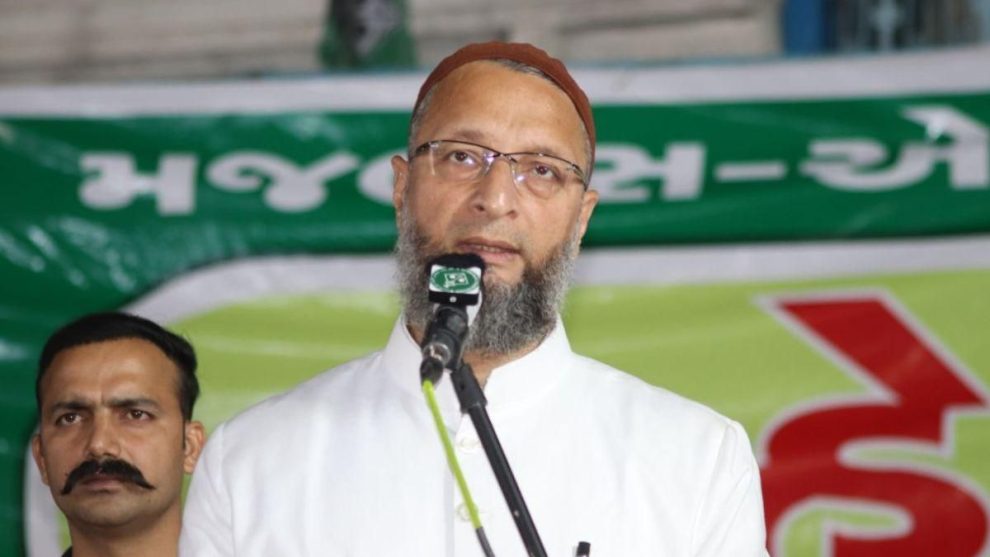 Gujarat assembly polls: The state votes in two phases on December 1 and December 5; votes will be counted on December 8.

Hyderabad MP Asaduddin Owaisi on Monday yet again criticized the ruling BJP in Gujarat, and at the Centre, amid intense campaigning by political parties in the state that votes in two phases on December 1 and December 5. The 53-year-old leader not just hit out at the ruling party over the bridge disaster in Morbi but also alleged that BJP encouraged bias among communities and no Muslim candidates were chosen by the party for the crucial elections next month.
“If BJP takes credit for developing Gujarat, they should also tell us who’s responsible for making Morbi bridge where 140 people died due to collapse,” the AIMIM (All India Majlis-e-Ittehadul Muslimeen) leader said at a rally. “But still, the company’s rich people aren’t caught. PM Modi, why do you love rich people?” he further said, targeting Prime Minister Narendra Modi who was campaigning in his home state for three days.
The bridge collapse happened last month, killing more than 140 people, including many children. The suspension bridge had recently reopened following renovation. The accident – one of the worst in the recent public memory – has sparked criticism from the opposition parties ahead of polls against the ruling BJP ahead of the polls. The Oreva Group – a manufacturing firm known for making Ajanta clocks – was tasked with the maintenance work.

Owaisi – who was campaigning in Gujarat, where the BJP has been ruling for nearly 27 years – further said: “While the entire candidate list has been revealed, and PM Modi has been talking about ‘Sabka Sath, Sabka Vikas (development for all), the BJP has made it clear – ‘Humko topi walon ka sath nahi chahiye’ (We don’t want people wearing skull caps). Tomorrow, they will accuse me of giving a speech to instigate people.”