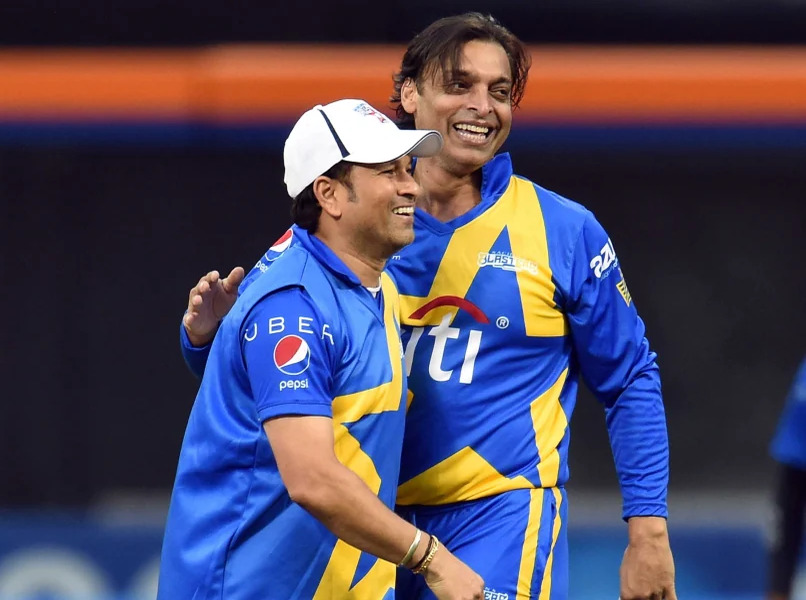 Team India will take on Pakistan in a blockbuster clash of the men’s Asia Cup 2022 on August 28. Both sides will be renewing their rivalry for the first time in almost a year; Babar Azam’s men had cruised to a 10-wicket victory in their last meeting against India in the 2021 T20 World Cup. Incidentally, the Asia Cup game takes place at the same venue (Dubai International Stadium). Ahead of the game, the fans and former cricketers from both sides are reliving some of the epic encounters between the two arch-rivals and earlier this week, Star Sports shared a video of Pakistan’s speed sensation Shoaib Akhtar narrating a story from the clash between both sides in the 2003 World Cup.

Widely regarded as one of the best games between India and Pakistan, the Sourav Ganguly-led side had registered an emphatic six-wicket win over the men in green in Centurion, keeping their unbeaten record in the World Cup encounters intact. India’s batting great Sachin Tendulkar had produced a magnificent display of batting, scoring 98 off just 75 deliveries as India chased down a 274-run target with six wickets to spare.

The match is fondly known for Tendulkar’s early carnage against Akhtar; the ‘master blaster’ had scored 18 runs off the speedster’s first over of the match, following which Akhtar was removed from the attack in the initial few overs. The former Pakistan pacer has revealed that he was in a hospital merely 1.5 days before the game, and also went on to make a major claim over then-Pakistan captain Waqar Younis.

“I was in a hospital 1.5 days before the match. It was my 25th or 26th injection on my knee. I told the captain that I’m having some difficulty bowling, I’m not enjoying it to the fullest,” Akhtar said on Star Sports.

“If Imran Khan was there, he would have told me, ‘Tu bhaag ke aa aur sirf bodyline bowling kar (pointing towards head). 6 chakke maarta hai toh maarne de. Hamein ek wicket chahiye. Ek toh mishit hoga hi’ (You just keep running fast and bowl. Target his head. Even if you get hit for six sixes, you bowl. We only need a wicket. There will be one mishit at the very least). But what actually happened? I was removed from the attack. I was hit for a six and then I was removed.

“If I had dismissed Sehwag and Sachin there, we would’ve already won half the battle. I liked the fastest bowler tag, but I wanted wickets,” Akhtar said.

The speedster eventually completed his full quota of 10 overs, conceding 72 runs for the wicket of Tendulkar.