'If Ishan and Tripathi get a chance, they would bat at...': Ex-Indian batter picks surprise batting positions for duo - Govt.in - Telling the truth- always! 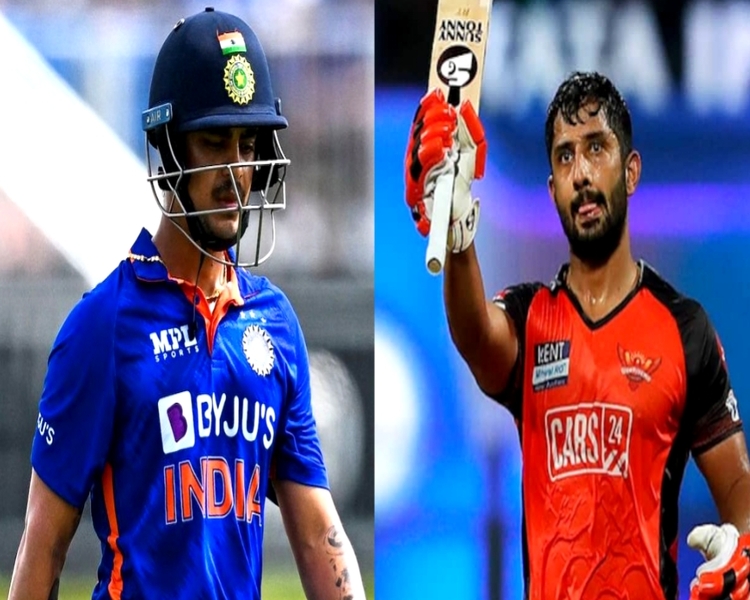 Team India returns to action in the limited-overs format on Thursday when the side takes on Zimbabwe in the first of three ODIs in Harare. The side will be led by KL Rahul, who makes a return to the international setup for the first time since February; while Rahul played in the Indian Premier League, he was ruled out of India’s first assignment since the league with a hamstring injury. Even though Rahul was called back to the squad for the Windies T20Is, he had to eventually miss the series after testing positive for Covid-19.

One of the batters who earned a maiden ODI call-up for the series was Rahul Tripathi. The 31-year-old star had earlier received his first-ever India call-up for the two-match T20I series against Ireland, but didn’t feature in any of the games. However, Tripathi has more chances of making his international debut against Zimbabwe due to the presence of multiple openers in the side.

With the likes of KL Rahul, Shikhar Dhawan, Shubman Gill, Ruturaj Gaikwad, and Ishan Kishan being the designated openers for the side, the middle-order leaves space for Sanju Samson, Deepak Hooda, and Rahul Tripathi in the squad. Washington Sundar might have been given a chance in the middle-order as well, but he was ruled out with an injury days before the series opener. Former Indian batter Paul Valthaty believes this is the perfect time to hand a debut cap to Tripathi.

“More than experiments, this setup follows a certain sequence. Rahul Tripathi had been on sidelines for the previous series. I personally want him to make his debut. He is on the other side of 30s, he has been a seasoned campaigner. It would be great if he gets an India cap, he would be finally be able to live his dream. It would be heartening for his family, well wishers and his childhood coach,” Valthaty told Hindustan Times.

The former India cricketer further said that if both, Ishan Kishan and Rahul Tripathi get an opportunity in the XI, the two are likely to occupy positions at no.4, 5 or 6 in the order.

“Yes, there are a lot of openers in the XI. If Ishan Kishan and Rahul Tripathi get a chance, they would probably be batting at 4, 5 or 6,” said Valthaty.