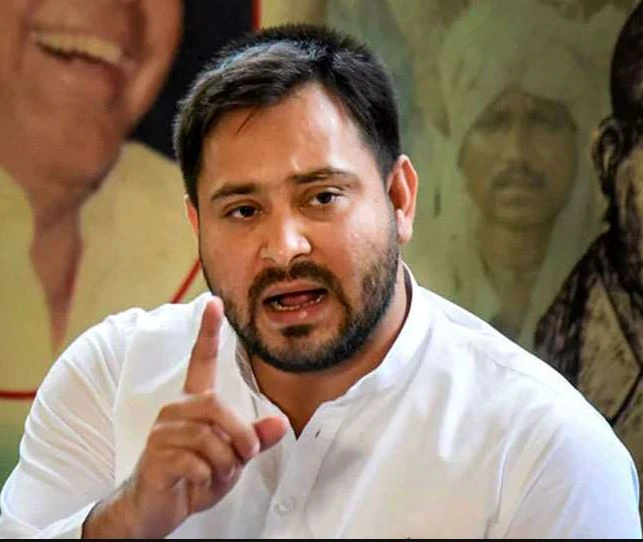 A video was shared by the Bihar unit of the BJP on Monday to target the Nitish Kumar-Tejashwi Yadav government weeks after the JD(U) chief snapped ties with the party and switched to the Mahagathbandhan. The video – which was reported to be shot at a protest site – shows a man being baton charged. The stir was said to be called for seeking jobs.

Is this government blind, which uses lathis on Tiranga (tricolour)?” the Bihar BJP wrote in its post. “Is this government deaf that those carrying have been given pens.” The strongly-worded post further read: “They are sick.. Want to keep holding the seat of power. When the power is attained, they use support to walk.

Apparently referring to Nitish Kumar and his deputy Tejashwi, the party further said: “For one, it’s leisure. For the other, it’s just enjoyment. But for people, it’s all about helplessness.”

Ending a spell of differences, Nitish Kumar earlier this month made an unexpected move of joining forces with Lalu Yadav’s RJD, which marked his return to the Mahagathbandhan – or the Grand Alliance – that he had quit in 2017.

Following his switch, the BJP has launched a relentless attack on him and his deputy. After claiming that Nitish Kumar’s JD(U) would see a decay, the party has also been saying that the state is witnessing ‘Jungle Raj’ with the return of Lalu Yadav’s party to power. Tejashwi Yadav has rebuffed these claims.

Exploiters like us: Noida video tells an uncomfortable truth
Fact Check: Not ‘Muslim scholar’, this provocative speech was made by a Hindu preacher