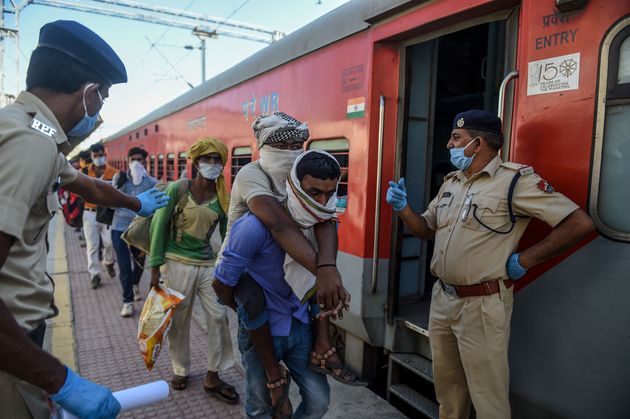 NEW DELHI: At least 50,000 stranded migrant labourers, students and tourists have been taken to their home state by nearly 50 Shramik Special trains during the first four days since railways started this service on request of state governments.
Sources said barring Maharashtra and Kerala, all other states from where trains started have paid for the tickets of the passengers. “We don’t seek information from states about how they got the total amount for tickets,” said a source.
There were reports that passengers had paid for some trips from Maharashtra.
Officials added states including Rajasthan, Telangana and Gujarat from where Shramik Special trains have originated are paying on behalf of the stranded persons. Jharkhand, which has only received such trains, has paid for the tickets of passengers.
On Monday, the two committees of Ajmer Sharif contributed to the Rajasthan government for paying the fare of passengers who boarded a train from Ajmer to Dankuni. Earlier, Gujarat government has roped in an NGO to pay part of the travel cost, BJP sources said.
Government officials said some of the indicative assessment by state governments suggested that there would be not less than 50-60 lakh migrant labour force across states and transporting such huge number of persons isn’t feasible.
“We expect that a sizeable section of this workforce will stay back for work once the manufacturing units restart and economic activities resume. So maybe after a couple of weeks, the demand for such trains will reduce,” said a source.