"In Fit Of Anger": J&K Governor On Shocking 'Suggestion' To Terrorists 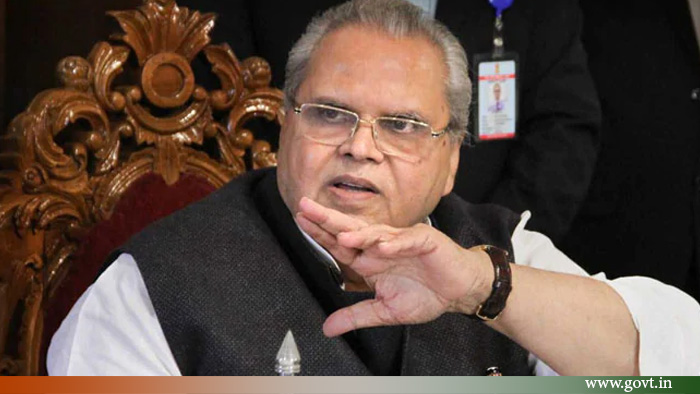 In a highly controversial statement, Jammu and Kashmir Governor Satya Pal Malik declared at a public meeting that terrorists should “kill corrupt politicians who have robbed the entire wealth of the state rather than innocent people and defense personnel.

“These boys who have picked up guns are killing their people; they are killing PSOs (personal security officer) and SPOs (special police officers). Why are you killing them? Kill those who have looted the wealth of Kashmir. Have you killed any of them?” Satya Pal Malik said at an event in Kargil on Sunday, prompting shockwaves.

After the resentment over his comments, Mr. Malik clarified today that he had spoken “in a fit of anger and frustration” due to rampant corruption.

“As Governor, I should not have made such a comment, but my personal feeling is the same as I said. Many political leaders and big bureaucrats are steeped in corruption here,” he told news agency ANI.

There was no mistaking the target of his provocative comments yesterday.

More so, because he had made the remarks right after he accused “big families” of Kashmir of accruing properties across the world by looting public money.

The governor has often blamed political leaders of Kashmir of corruption and having no mass assistance because of the poor turnout in elections.

“The big families who have ruled Kashmir have got unlimited wealth. They have one house in Srinagar, one in Delhi, Dubai, one in London and elsewhere. They are shareholders in big hotels. It is the common man of Kashmir who is suffering,” he said.

Responding firmly to the Governor’s comments, former Jammu and Kashmir Chief Minister Omar Abdullah tweeted: “Save this tweet – after today any mainstream politician or serving/retired bureaucrat killed in J&K has been murdered on the express orders of the Governor of J&K Satyapal Malik.”

Unnao Case: Finally The FIR Has Been Lodged Against BJP MLA