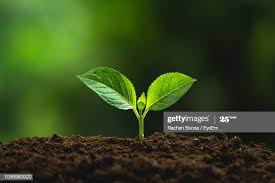 LUCKNOW: For a self-help group of women in Gonda, the lockdown was a period for some constructive thinking and collective effort. Their efforts have now started paying off. The group of 40 women was involved in growing and nurturing saplings and now has more than 5 lakh saplings ready in 10 nurseries raised collectively in villages. The seeds were sown in February. The free time the women had due to lockdown was used in nurturing and guarding saplings against strays.
Now, the green wealth created by them will be used by the rural development department for plantation along canals and ponds under MGNREGS. The department may also buy the saplings raised by them. The sale of the saplings might fetch the women aboutRs 30 lakh. The women, from different villages, had formed an SHG about two years back with an intention to become self-dependent. Under the national rural livelihood mission, they were trained to raise a nursery in February. They sowed seeds in fields. They said protecting the saplings from stray animals was a challenge. When the lockdown was enforced, many of the women lost their jobs and they decided to invest their time in the nurseries.