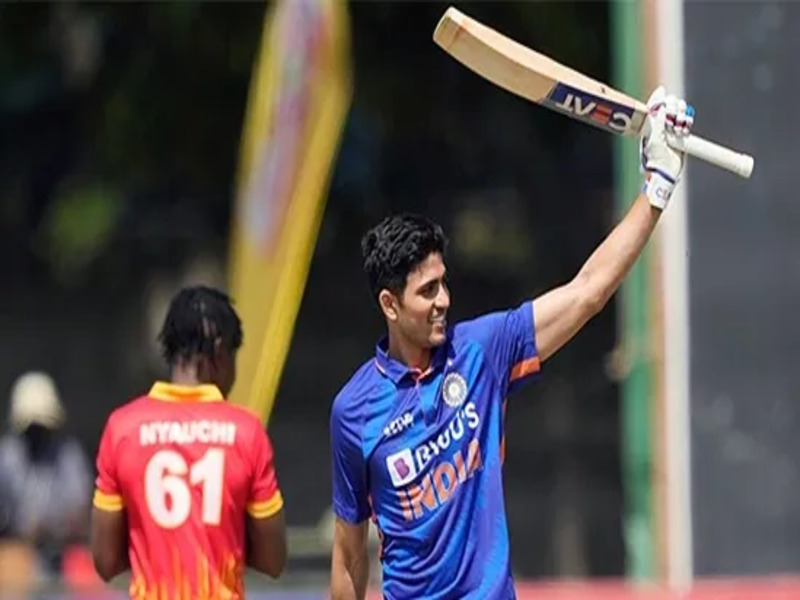 Shubman Gill scored his maiden ODI hundred before taking a fantastic catch of centurion Sikandar Raza to scupper Zimbabwe’s chance of bagging a consolation victory as the visitors won the third ODI in Harare by 13 runs on Monday.

The series scoreline is 3-0 but Monday’s match was no walk in the park for India as Zimbabwe bounced back from being 169/7 to needing 17 off the last two overs. With Raza on strike, having scored his third hundred (115 off 95 balls) in six matches, a win was thoroughly possible but Gill jumped full length at long-on to pluck Raza’s mistimed hoick inches from the ground in the penultimate over.

Having chased in the previous two matches, India were justified in looking to set the target this time. That they couldn’t score 300 despite reaching 210/2 after 40 overs and Gill going great guns was totally Zimbabwe’s doing after a double-wicket finish by Evans in the 50th over. India’s start too was tepid as they crawled to just 41 in the first powerplay. But the run rate started picking up once KL Rahul began to play his shots more freely. He drove Nyauchi delivery past cover point for three before punching Evans behind point for his first boundary.

Rahul finally seemed to have broken his shackles when he pulled Evans over backward square-leg for a six but Evans avenged that in the space of two deliveries when the India captain chopped his length ball onto his leg stump. Once Evans dismissed Shikhar Dhawan—who got a leading edge to cover in the 21st over—Kishan joined Gill which meant India effectively ran a left-right combination till the 43rd over.

That fourth-wicket stand yielded 140 runs, primarily because of Gill’s clean hitting. Kishan (50 off 61) was watchful towards the beginning, taking 14 deliveries to hit his first boundary. Gill however was clarity personified, showing his intent with an immaculate cover drive off Evans in the 21st over. Playing shots all around the ground, Gill got to his fifty in 51 deliveries but took just 30 balls to score the next fifty, completing his maiden hundred with a single towards sweeper cover in the 44th over. “I was just trying to minimise my dot-ball percentage, trying to time the ball and not hit it hard,” said Gill, who was adjudged Player of the Match as well as the series. “It’s always special to get a hundred. I had made three nineties but wanted to get a century.”

Where Gill particularly impressed was in continuing in the same vein even after crossing his hundred. He heaved Evans over fine-leg for a huge six before Sanju Samson whacked two sixes off Luke Jongwe and fell to the same bowler. India stopped well short of the 300-mark and theoretically it should have been more than enough to comprehensively beat Zimbabwe. But a 46-run partnership between Sean Williams and Tony Munyonga was the first promising sign of a Zimbabwean counterattack. Axar Patel finally trapped Williams (45 off 46) leg-before but Raza took the chase deep with a 104-run stand for the eighth wicket with Brad Evans (28 off 36).